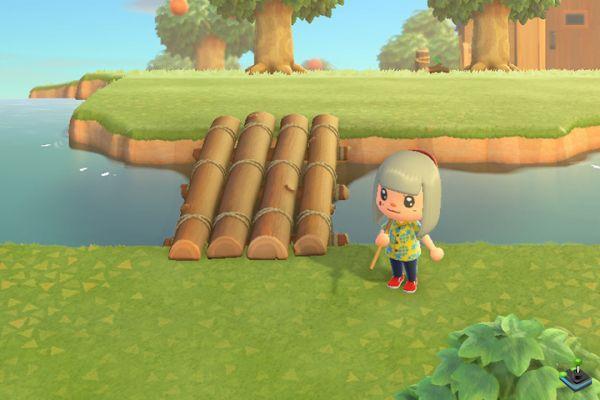 Animal Crossing New Horizons: Bridge, DIY plan and crafting To cross rivers, you will quickly find it useful to learn how to craft bridges! Find out how to get DIY blueprints to make them.

As you settle on your new desert island in Animal Crossing: New Horizons, you'll quickly notice that there's no no bridge, and so you can not cross the river. After a while, you'll get a DIY blueprint for making a pole, which will come in handy at first. But eventually you will get a construction plan for a bridge, we explain how!

How to have a bridge in Animal Crossing: New Horizons?

Shortly after you settle on the island, and after the Nook Shop opens, Tom Nook will tell you about a new plan ! He launched a publicity campaign for the Evasion Formula, and three new residents will go to the island. However, as the island is quite small due to the river which cannot be crossed freely, he will ask you to build a bridge to allow these new inhabitants to settle comfortably.

That's when the DIY plan of your first bridge will be returned to you! You can make it at the DIY workshop, using 4 sets of pegs, 4 clay and 4 stones. This bridge is basic, made of wooden logs, but many other bridges will be available in the rest of the game!

You will notice that lots of pickets are needed to build the bridge. To get them you need to buy the BA Ba DIY in the Nook Shop! 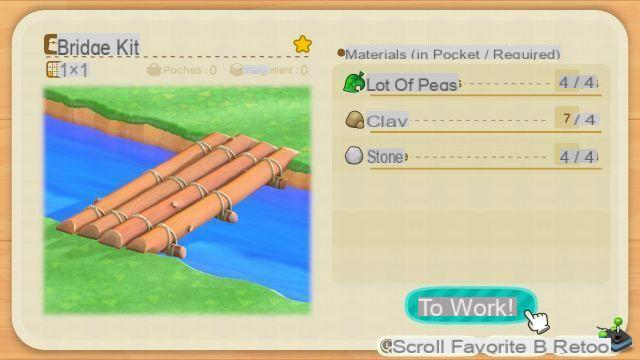 How to make bridges in Animal Crossing?

Subsequently, once the Residents office has been improved, you can go talk to Tom Nook to ask him to build bridges and ramps! However, it will cost you a lot of Bells, since the cost of each bridge amounts between 98 and 000 Bells, a real investment.

However, you can define the location of your next bridge before you have even paid for it. A gyroid will then appear there, and will explain to you that the payment of the bridge will work in a participative way : each inhabitant can finance part of it. However, do not rely too much on the other residents, as they generally participate very little! 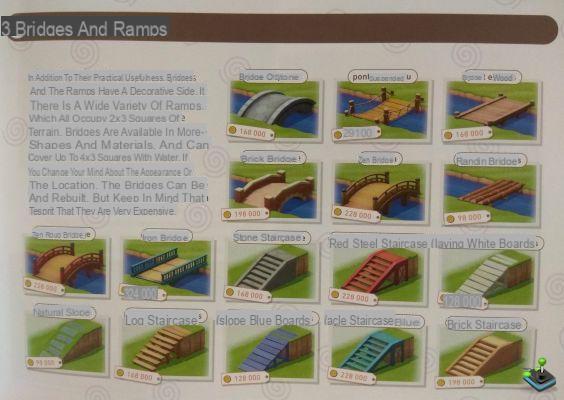