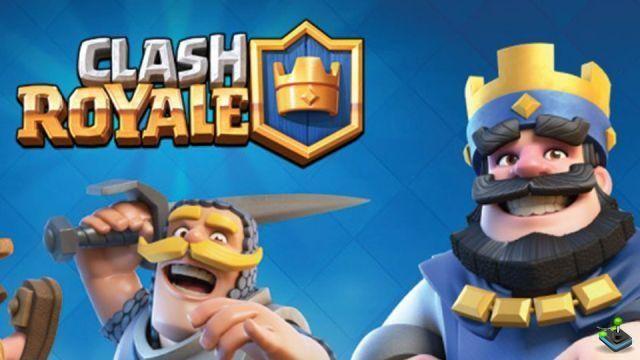 Best Clash Royale decks, tier list 2022 If you play Clash Royale, you need the best deck possible. Here are the best cards to have depending on your arenas!

While Clash Royale is making a strong comeback thanks to social networks, many players have recovered or started playing. The goal being to create the best possible deck of cards in order to defeat his opponents.

The game released in 2016 has been enjoying a resurgence in popularity in recent weeks. It is therefore with this in mind that we offer you decks adapted to overcome the 15 arenas of the game.

For an effective attack, it is necessary to play the Giant map background and once past the midpoint, add the Musketeer - Archers - Mini PEKKA. For defense, play the Gargoyles for ground and air troops and the Knight. As for the stacked troops, the Fireball or arrows are perfect.

For an effective attack, use the battle ram and Goblin Barrel at the same time on the tower while keeping the Fireball or arrows to preshot a potential riposte from the opponent. Otherwise, the combo Baby dragon, battle ram is a very good composition since the Baby dragon deals area damage. For defense, use the Baby dragon ou the skeleton army for “tank” troops (Giant).

For an effective attack, put a Witch map background and then put a Giant before. Once past mid, throw a Goblin Barrel on the tower while using the Mini PEKKA et the army of skeletons to defend the tanks. If the opponent in turn plays a Witch map background, do not hesitate to put a Fireball and end with Musketeer.

This deck is both good for defense and for offense. For an effective attack, throw the Goblin Barrel and immediately after Rider. This one will take the aggro from the tower while the Goblins will continue to inflict damage. Do not hesitate to prepare the Zap when you attack to preshot a possible defense ofarmy of skeletons. For defense against tanks, you have the Hell tower and the army of skeletons.

For an effective attack, throw the Goblin Barrel and immediately after Rider. This one will take the agro from the tower while the Goblins will continue to inflict damage. For defense against tanks, you have the Hell tower and the army of skeletons. You also have the Gargoyles and Musketeer in order to create a good counter-attack with the knight to tank damage.

This composition is difficult to use because you have to make sure that the player opposite has already used the arrows, Zap or the Fireball. For the attack, play the royal pigs and Clone when they are near the tower. As for the rest, let the counter-attack of the Mini PEKKA and Baby dragon when you defend yourself against Riders or other tank cards.

For an effective attack, put the PEKKA map background then accompany it with ice wizard and Baby dragon. Note that you can do the same by replacing the PEKKA with the Prince and dark prince. Don't hesitate to play PEKKA defensive to counter the Valkyrie or the Skeleton Giant. THE'ice spirit in this deck is used to defend Skeleton armies ou Goblins but also to rotate the deck

For an effective attack, throw a Rider accompanied by a Baby dragon to Bats. To defend when there is a regrouping of opposing troops, throw the Mega Knight in addition to Princess that you can put behind the king's tower with the Sarbacane goblin.You will thus have a counter-attack which will work perfectly well by adding the Gang de gobelins.

This deck consists mainly of a counterattack. You will first need to place the Furnace behind one of the 2 towers. Then you will have to attack with the royal giant on the other side of the Furnace. To accompany it, use the Baby dragon or Hunter. Skeletons will be used to take aggro from Princess or the Mega Knight and thus to rotate the deck.

For an effective attack, play the Rider with the flying machine. Your deck will then be based mainly on defense and counter-attack. If the opponent launches a tank troop, play the gobelin hut and complete with Electrocutioners then run them Royal recruits with the Rider to make a good counterattack.

For a combo attack, use the Skeleton Barrel with the Sarbacane goblin then run a PEKKA in the background of the map and wait for it to pass mid to send a dark prince. If the opposite player has a Hell tower, then run your Éelectro-wizard and Gobelin a sarbacane. PEKKA can also be used to defend if the opponent plays a Rider or a tank card.

This deck is mainly based on a defensive midfielder. You have to use the combo bomb tower as well as Éelectrocutioners and if that's not enough, start your bowler backward. Regarding the attack, launch the Rider while preparing the Zap in preshot and the Mega Knight meanwhile, can be used both in defense and attack.

This deck is widespread and very effective. As for the attack, launch your Graveyard first as well as your Poison which will prevent the opponent from playing the army of skeletons or any other army of troops. The rest of the cards will be used to spin the deck while defending and preparing for an attack.

This deck is mainly played in counterattack. The goal is to scrape off as much damage as possible with the Princess and Goblin Barrel as well as the Roquette. The rest of the troops will be used to defend and counterattack.