Call of Duty: Vanguard: How to participate in the beta? 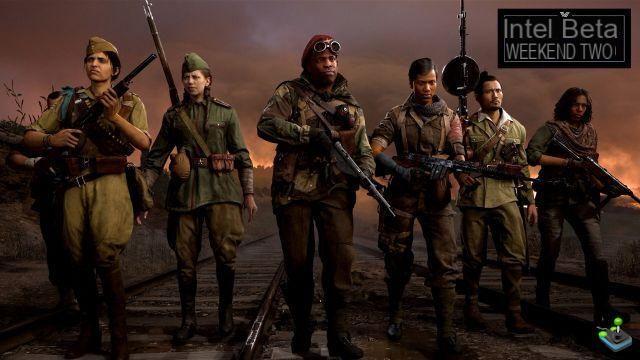 As always, several beta phases should take place before the release of Call of Duty: Vanguard. We explain everything to you so that you can participate without any problem. Like almost every year, the players of Call of Duty will be able to test the next episode, namely Vanguard for this year 2021, via a test phase, a beta "open" a few weeks before its official release, scheduled this year for November.

How do I play the CoD Vanguard beta?

If you are a regular member of the community Call of Duty, you must more or less know how to take part in this beta. Otherwise, know that it is available on all platforms (PC, PlayStation and Xbox), but that Sony players have some advantages, including a slight early access during these periods. Thus, all players pre-ordering the title should be able to participate in this open beta, regardless of which edition was pre-ordered. If you pre-order a physical version, you will then have to enter a code at this address.

As stated by the official site, players pre-ordering the game will get early access. Those on PlayStation will have an exclusive weekend.

When is the Call of Duty: Vanguard Beta?

The dates for Call of Duty: Vanguard beta are already known. As always, this will take place in three phases over two weekends. The first reserved for Sony players who have pre-ordered the game, the second for pre-orders on all platforms and the third, open to all players. As for the exact dates, here's how it's going to work out:
The stages of beta aim to detect potential bugs before the game is released, but also to collect player opinions in order to make some changes if necessary. Therefore, do not hesitate to report problems or suggestions to the developers, via the official site or social networks.

The output of Call of Duty: Vanguard remains scheduled for November 5, on PC, PS4, PS5, Xbox One and Series.

add a comment of Call of Duty: Vanguard: How to participate in the beta?