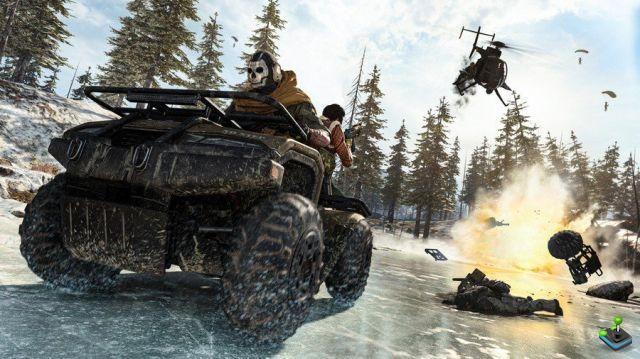 How come you can't download a PlayStation 4 game or update when there should be enough space on the hard drive? Why is your PS4 not allowing you to download your new PS4 games or patches? When you go to download or install a new game or patch for your PS4, sometimes it may claim that you don't have enough space on your hard drive. However, when you check for yourself, it looks like there should be plenty of room. So what gives? How come you can't install something when you should have enough storage? Let's review this quick guide.

Why does your PS4 claim not to have enough free hard drive space?

If you're trying to download a game, or even just an update for a game you've already installed, your PS4 might tell you there's not enough room. It's possible that your hard drive is simply too full and you've legitimately used all the space you can. However, this is not always what happens.

Sometimes your PS4 will refuse to complete a download, even though it looks like you should have plenty of space on your hard drive. Why does it do that? Well, this all has to do with the long process of copying your PS4 every time you install a game or an update. Let's take an example to explain what is happening.

Suppose you have just purchased Red Dead Redemption 2, a game that occupies a minimum of 105 GB according to the PlayStation Store. Let's also say that you know that your hard drive has 150 GB of free space, which means that you should be able to install the game without any problems. You try to set it to download, only for your PS4 to tell you there's not enough space.

The problem is, every time your PS4 downloads a game, it also downloads all the updates to make sure you're getting the latest version. This can seriously inflate the file size of the game beyond what is advertised on PlayStation Store pages. But that's not all.

Say you're trying to download a patch for Call of Duty: Warzone and your PS4 says there isn't enough space, even though there should be. The reason why you cannot download and install the update is due to the aforementioned copy procedure. When you download an update, your PS4 then creates a second copy of the game file, adds the update, installs that new version of the game, and then removes the outdated version. In other words, your PS4 needs twice the storage space of a game to download and update it. If you have 30GB free and a 2GB patch for Call of Duty: Warzone is coming, you won't be able to download it until you have some extra room - enough to technically install Warzone twice on your hard drive. The old version will be deleted, freeing up space, but you need that extra space first.

What can you do to stop your PS4 from saying you have no free space?

The answer, unfortunately, is to make sure you have as much hard drive storage as possible. If you have a PS4 with the standard 500GB hard drive, you'll likely find it fills up quickly. To download and install new games, you'll probably need to delete some older titles. Delete game data for certain games you no longer play to keep your hard drive as clear as possible.

Of course, you can also expand the storage space of PS4. You can fit larger hard drives and even SSDs to your PS4, or you can just plug an external USB hard drive into one of your PS4's USB slots. Very large external hard drives can be bought inexpensively these days, and having more space than you'll need will save you that annoying problem with your PS4.

We hope this guide has been useful to you. Have you been having trouble with your PS4 hard drive space? Make space in the comments below.

Audio Video Guide: Can't Download PS4 Games & Updates - How Come Your PS4 Doesn't Have Enough Disk Space?
Animal Crossing island guide, what is it for and how to unlock it? ❯