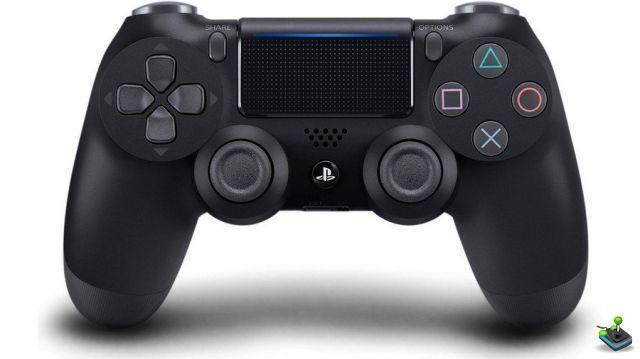 What will the PS5 controller be called?

It's almost certain that the official name of the PlayStation 5 controller will be DualShock 5. Every PlayStation controller since Sony introduced analog sticks to the PSone pad has been called DualShock, with platform support adding a number to match to the corresponding console. The only change to this formula so far was the initial PS3 controller, which was originally called SIXAXIS, but Sony quickly backtracked. We'd be very surprised if Sony called the PS5 controller anything other than DualShock 5.

Sony has yet to reveal the final design of the PS5 controller, but again we can refer to the story. The basic design of each PlayStation controller is very similar. The PS4 pad brought the most changes, with its improved touchpad, Share and Options buttons, and triggers. We expect the PS5 controller to look largely the same.

Wired's Peter Rubin talked about an early version of the PS5 controller, which he says "looks a lot like the PS4's DualShock 4."

How much will a PS5 controller cost?

To be honest, we don't know yet. Of course, the PlayStation 5 will come with at least one controller when you buy your console, but we don't know how many they will be alone. Since the official PS4 controllers have an MSRP of $59,99, we imagine the cost will be about the same or slightly more. We'll update this guide when we know more.

What are the new PS5 controller features?

Here is where we can speak with more certainty. Thanks to Wired, we know of some major PS5 controller innovations.

First, the PS5 controller will replace regular rumble with much more advanced haptic feedback. Instead of the entire controller vibrating like we've all grown accustomed to, it will be able to deliver a wide range of different tactile sensations. For example, if you are playing a platform game and running on ice, you may "feel" that the surface is slippery. While testing a version of Gran Turismo Sport running on a PS5 dev kit, Peter Rubin says he could feel the difference of two different surfaces simultaneously. "Driving on the boundary between track and dirt, I could feel both surfaces," he said. The haptic feedback should allow for much more effective immersion.

Next, adaptive triggers. The L2 and R2 buttons on a PS4 pad are great, but what if you could feel the resistance of a string stretched across an arc, or the jingle of pulling the trigger on a gun? This is what the PS5 controller will be able to provide. The PS5 controller's triggers will "offer different levels of resistance" to cement you further into the game world. This combined with the haptic feedback should achieve some pretty amazing results.

The Wired article also briefly talks about what it assumes is a microphone on the PS5 controller. If it turns out to be a microphone, it will mean that we can use voice commands without the need for an external microphone.

Where to buy the PS5 controller

It's currently not possible to purchase the DualShock 5 or PS5 controller as Sony hasn't made PlayStation 5 pre-orders available yet, but be sure to bookmark this page and we'll update as soon as we do. we'll learn more.