Guide: PS5 SSD Storage - How Much Hard Drive Space On PlayStation 5, How You Can Expand GB With SSD Upgrades, And Why It's Better Than HDD

SSD storage on PS5 is a big part of Sony's PlayStation 5 package, but how much hard drive space does it include et how can you expand GB with external storage or SSD upgrades? As well, how much faster will games load on PS5 compared to PS4? Sony has confirmed that the PS5 will use an SSD or solid-state drive, which will help with things like load times. But what does that actually mean? How does this make the PS5 more powerful? We will try to answer all your questions about PS5 SSD storage in this guide.

SSDs are storage devices just like hard disk drives (HDDs), but the main difference, at least in terms of gaming, is that they generally offer better performance. Due to their design, SSDs can access data faster than HDDs. This results in faster loading times and improved technical performance..

However, due to their inherent strengths in reading data and the way it is put together, SSDs tend to be more expensive than HDDs. This is one of the main reasons consoles like the PS4 haven't featured SSDs out of the box. Putting an SSD in the PS5 may bump up the price of the console, but again, we won't know until the price is announced.

Either way, the bottom line is that with an SSD, games should run better than ever on PS5. Sony has already demonstrated reduced load times with a Marvel's Spider-Man demo, which shows the game running on a PS4 Pro and then next-gen hardware. Load times reduced from 8 seconds to under 1 second.

How fast is the PS5's SSD storage?

More recently, Mark Cerny said that the PS5's custom SSD would be capable of extremely fast loading times. The lead system architect is aiming for "instant" playback speeds, meaning elongated loading screens will become a thing of the past. The PS5's SSD will be able to read 5,5 GB per second, which is an astronomical difference from the PS4 – and it's even faster than the Xbox Series X. 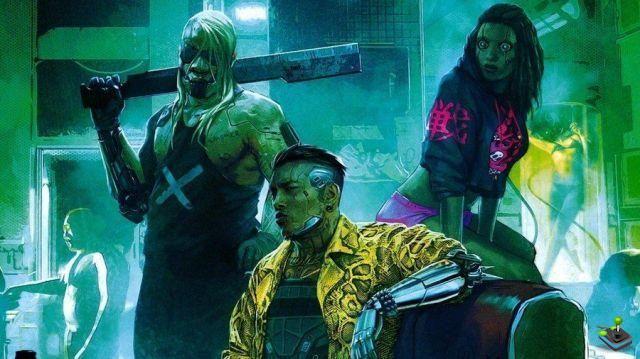 It's worth noting that you can already replace your PS4's hard drive with an SSD. Although other hardware limitations prevent games from performing much better, many PS4 games benefit from a performance boost when running on an SSD rather than an HDD – reduced load times are often the most noticeable improvement. If the PS4 can do it, the PS5 should be no different.

How much HDD or GB storage space does PS5's SSD have?

PS5 SSD is 825GB. With the ever-increasing file sizes of games, this might not last very long. Fortunately, Sony has provided a few options.

Can you expand PS5 storage space with external hard drives?

First, if you already have an external USB hard drive, PS5 will support using that hardware. It should be noted, however, that you will only be able to play backward compatible PS4 games from a traditional USB hard drive, such as native PS5 software will need to be installed on the SSD of the PlayStation 5.

Fortunately, you will be able to purchase and install additional SSD cards called NVMe drives. You'll need to make sure the one you buy will work with your PS5, and that might be an expensive option, but it will at least retain the increased speed of the built-in drive.

All the technical characteristics of the PS5 SSD

Do you like the sound of the PS5's SSD technology? Let us know your thoughts in the comments below and check out our PS5 FAQ for all the current information.

Audio Video Guide: PS5 SSD Storage - How Much Hard Drive Space On PlayStation 5, How You Can Expand GB With SSD Upgrades, And Why It's Better Than HDD
Guide: The Last of Us 2 PS4 FAQ - Everything we know so far ❯

add a comment of Guide: PS5 SSD Storage - How Much Hard Drive Space On PlayStation 5, How You Can Expand GB With SSD Upgrades, And Why It's Better Than HDD