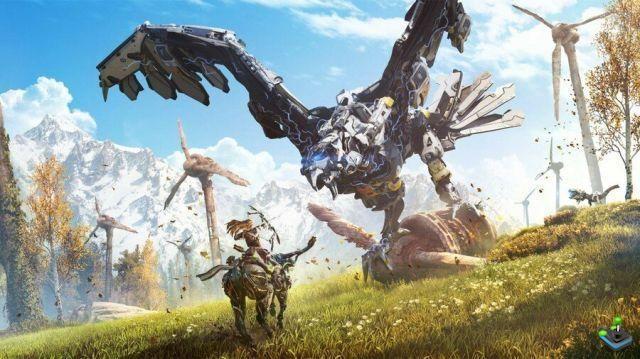 Sony has announced its plans for PlayStation Now over the next few months. In case you forgot, the platform holder has added a bunch of high-end PS4 games to the cloud service, including God of War, Uncharted 4: A Thief's End, and Grand Theft Auto V. The Bad The news is these games will be removed from PS Now from January 2, 2020. The good news is that they are being replaced by other top titles.

Horizon Zero Dawn, Uncharted: The Lost Legacy, and Overcooked 2 will join the PS Now slate in early 2020. The first-party game duo will be available on the service until April 7, 2020, while Team 17 co-op cooking them capers seem to be a permanent addition.

That's not all that's happening with PS Now, however. There are also recent additions from this month, such as PlayerUnknown's Battlegrounds, Wolfenstein: The Old Blood, and F1 2019. They're all available until March 2, 2020, while Persona 5 and Middle-earth : Shadow of War will be available until the beginning of February. .

It's a little confusing, but overall there's a lot to enjoy on PlayStation Now over the next few months. If you are a member, be sure to make the most of these limited opportunities. What games will you be playing on PS Now heading into 2020? Broadcast your thoughts in the comments below.

add a comment of Horizon Zero Dawn, Uncharted: The Lost Legacy, and more coming to PlayStation Now in January