How to Farm Z Orbs in Dragon Ball Z: Kakarot 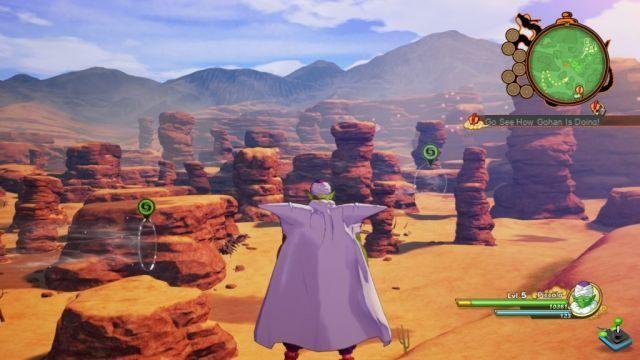 Z orbs are everywhere in the Dragon Ball Z: Kakarot game. They are the resource you need to collect to upgrade your character's skill trees to give them new abilities and powers in battle. Although they are all over, sometimes it can feel like you just can't get enough. There are some methods you can use to grind some of the more common Z Orbs, but the rarer ones are harder to locate.

The different orbs in Z

There are six different types of Z Orbs to worry about. You need it to strengthen your Kakarot characters and teach them new combat moves. The first three orbs are the most common to find.

When you want to enhance one of your abilities for a character, you should use one of the three most common orbs. You spend the most on them, making them easier to find on your trip. The other three are a little more complicated, but you can find them regularly and by spending time defeating the powerful enemies you encounter.

How to Farm Z Orbs

The first three are the easiest to grow. Almost every activity you do in the game will reward you with one of these colored orbs. You can earn them by doing:

During the first part of the game, exploring the world and collecting these colored orbs by hovering over those scattered around the world is the easiest way to acquire them. However, after completing the Sayian Saga, stronger random enemies appear in the world, and they provide you with around 80-90 orbs for each battle. Because you can defeat these enemies so quickly, it makes sense to avoid flying around orbs and instead go after random encounters. In addition, you also gain experience points by defeating them.

The last three are the hardest to find. You can usually find Rainbow Z orbs somewhere in the world and for completing story missions, but they don't spawn as much as the standard three colors. You need to spend a bit more time exploring if you want to add them to your collection.

You earn silver and gold orbs by defeating evil enemies. These are far stronger enemies than the random encounters you can find while exploring Kakarot. They have a distinctive red aura around them and have a higher level. You want to approach these encounters with caution as you can easily find yourself outmatched, but when you're ready to tackle them, acquiring the rarer Z Orbs becomes another pure grind.

add a comment of How to Farm Z Orbs in Dragon Ball Z: Kakarot