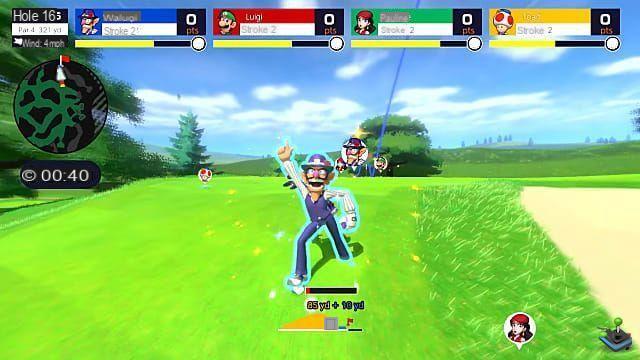 Here is the list of Mario Golf: Super Rush characters:

Each has a special power and different specialties, for example strength or endurance.

Mario Golf Super Rush has six courses in total, although there seems to be a lot of variation with each course. The weather changes in the basic forest course, for example, and at least part of the Bowser's Castle-themed course takes place on lava flows outside the castle.

Challenges featuring classic Mario enemies such as Pokeys, along with the ability to control spin and other factors affecting the ball, make this more than your average golf game.

If normal golf isn't your thing, however, Speed ​​Golf injects Super Rush with signature Mario whimsy and no shortage of special powers. Up to four players race to put their ball in the hole first, unleashing special dashes and power shots to crush opponents in the process.

Battle Golf is a new Mario Golf Super Rush mode that raises the stakes in Speed ​​Golf. Here you'll need to capture three of the nine holes to win, but the course is smaller and full of obstacles standing in your way.

Story Mode (finally) sees the return of the single-player adventure of the old Mario Golf games, where your Mii character learns golf from the Kingdom's brightest stars. Learned abilities also carry over to the game's multiplayer mode.