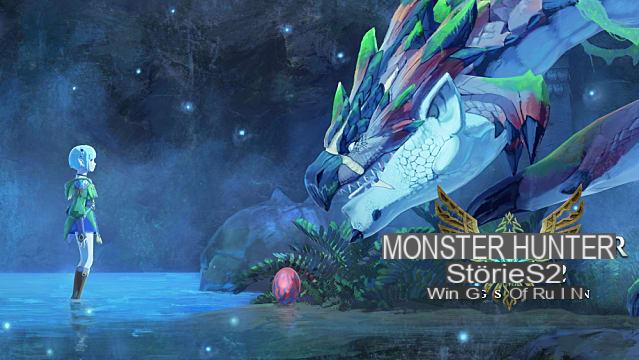 Monster Hunter Stories 2 made a surprise appearance during September's Nintendo Direct. It's a follow-up to the 3 2017DS game where monsters are friends, not foes, and the story takes center stage.

Capcom hasn't shared as much about Monster Hunter Stories 2 as it has about the other new MonHun. But it shed some light on what to expect from the story.

Players take control of a young Monster Rider who happens to be the descendant of a legendary Rider called Red. There's a Wyvern girl who received an egg from Rathalos and has some sort of affinity with the iconic monster race.

The Rathalos disappear from the world for unknown reasons. Eventually, the paths of the protagonist and the Wyvern Girl cross, and a grand adventure unfolds full of monsters to befriend. The bonds forged with these monsters along the way have some sort of influence on how the story unfolds, and Capcom has promised connectivity with Stories 2 and Monster Hunter Rise.

And that's about it for what Capcom has shown. However, Monster Hunter Stories 2: Wings of Ruin is slated for release in Summer 2021, and Capcom has promised more information to follow at Tokyo Game Show 2020.

The original Monster Hunter stories were a departure for the series. Rather than harvesting monster parts for better gear, the stories revolved around friendships with monsters and coming-of-age stories for young Monster Riders. Although it suffered from a few presentation issues, we called it a solid RPG with a thoughtful and heart-filled story.

Stay tuned to GameSkinny for more Monster Hunter Stories 2 news as it develops.

Audio Video Monster Hunter Stories 2 is coming to action on Nintendo Switch in 2021
Mold in Animal Crossing: New Horizons, where to find it? ❯