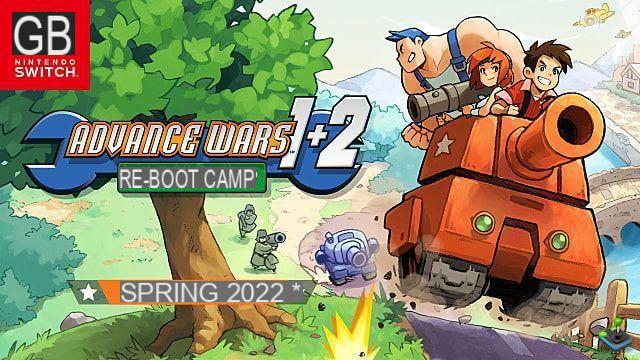 Looks like Black Hole is winning this battle. Nintendo of America has announced that Advance Wars 1+2 Re-Bootcamp is delayed until Spring 2022. The remastered collection was originally slated for a December 3 launch, though Nintendo delayed it to allow time for "more of settings”.

Nintendo hasn't said when in the spring of 2022 Advance Wars 1+2 will be released or what, in particular, caused the delay.

Hello troops! #AdvanceWars 1+2: Re-Boot Camp, which was supposed to launch on 12/3, will now release on #NintendoSwitch in Spring 2022. The game just needs a little more time to polish up. You will soon be fighting with Andy and his friends! Thank you for your patience. pic.twitter.com/dSi8VSsxTH

It's perhaps not entirely surprising that Advance Wars is delayed. We've heard very little about it since Nintendo's surprise reveal at E3 2021 and seen even less.

We still don't know what's different with Re-Boot Camp, for example. Nintendo describes it as a remake, though what it changes from the original outside of graphics and overall aesthetics remains a mystery for now.

However, the Nintendo Switch is far from devoid of games for the holiday season. Alongside the recent release of Metroid Dread are Pokemon Brilliant Diamond and Shining Pearl, Shin Megami Tensei V, and Mario Party Superstars, to name a few upcoming releases.