Phasmophobia: all types of ghosts, strengths and weaknesses 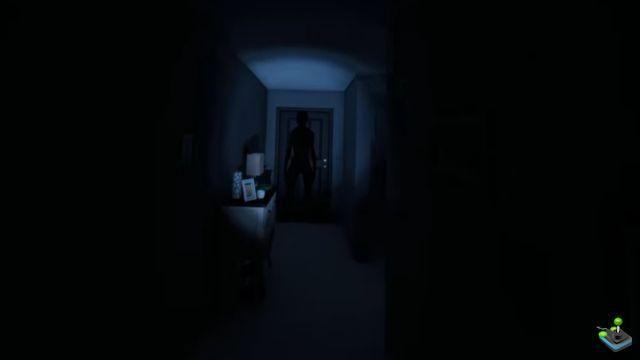 While tracking down ghosts in Phasmophobia, you are going to come across different types of spooky specters.

It's important to know how to deal with each one when you come across them, so you can escape safely. You know, after you finish screaming and running away. There are 12 different ghosts that will come after you, and we know their strengths and weaknesses:

If you want to know when a Banshee is near you, you can use EMF level 5, fingerprints, and freezing temperatures as proof of its presence. It will individually track down players and pounce.

Strengths: Target one player at a time.
Weaknesses: Can be conjured with a crucifix

By far the most aggressive ghost that will attack you, the demon will attack you much more than any other enemy in the game. You will need to outsmart it via the Ouija board.

Strengths: Very aggressive and prone to attacks.
Weaknesses: Ask a successful question to a demon on a Ouija board.

Want to make sure this fast-paced and incredibly territorial evil? Look for a Spirit Box, Ghost Orbs, and EMF Level 5.

Strengths: When a player is further away, the Jinn is faster.
Weakness: Turning off a slot's power source will prevent the Jinn from using its ability.

This ghost likes to hide in the dark; in fact, it's stronger in the dark, so be sure to use the light to your advantage. A spirit box, phantom orbs, and freezing temperatures are the signs to watch out for.

Strengths: Darkness will increase his chances of attacking.
Weaknesses: Any type of light.

It is a fairly strong entity that will become even more active and aggressive when a player gets close to it. You can alert yourself to its presence with EMF Level 5, Spirit Boxes, and Ghost Writing.

Strengths: Active when players are nearby and can move objects very quickly.
Weaknesses: If more players are active, it will be easier to find this entity.

This ghost is pretty terrifying, to be honest. He can possess the living and is usually summoned by a Ouija board. You don't want to look at it directly, but rather use a camera to capture it. EMF Level 5, Ghost Orbs, and Freezing Temperatures will show its presence.

Strengths: Watching the ghost will drain your sanity.
Weaknesses: Taking a photo will make it disappear.

A very mischievous ghost will throw things around and cause real mayhem. If he follows you into an empty room, however, that's a lot easier to deal with. Spirit Boxes, Fingerprints, and Ghost Orbs are what you're looking for.

Strengths: Can throw multiple items at once.
Weaknesses: Empty rooms.

If that ghost sets its sights on you, you better be ready to run. It moves slowly at first, but will quickly gain speed as it chases its target. Look for EMF level 5, fingerprints and ghostwriting.

Strengths: Faster when hunting for a victim.
Weaknesses: If you hide, he will move much slower.

This ghost prefers to go after players who are alone, so you'll want to make sure you're moving in a pack to counter it. EMF Level 5, Ghost Orbs and Ghost Writing is proof of a Shade.

Strengths: He is shy, which makes him hard to find.
Weaknesses: With multiple players present, a Shade will not go into Hunt mode.

The most common ghost in the gets the most common name. But that doesn't negate any of its dangers. They are always there and can step in when you least expect it. Although they have no specific strengths, they are weak to smudge sticks. Be on the lookout for Spirit Boxes, fingerprints, and ghostwriting.

These buggers can fly and walk through solid walls, which means they're incredibly hard to track. They don't like salt, so keep that on hand. Their evidence is fingerprints, freezing temperatures and a spirit box.

If you spy on this ghost, it can have a huge impact on your sanity. You're going to want to make sure you trap him in a room by smearing the room he's in. Be on the lookout for ghost orbs, ghostwriting, and freezing temperatures.

Strengths: Severely affects a player's sanity.
Weaknesses: Smudge a room a Yurei is in will keep it from wandering around for a long time.

Audio Video Phasmophobia: all types of ghosts, strengths and weaknesses
Animal Crossing wedding photo, how to make them? ❯

add a comment of Phasmophobia: all types of ghosts, strengths and weaknesses