Phasmophobia shares its roadmap for 2022 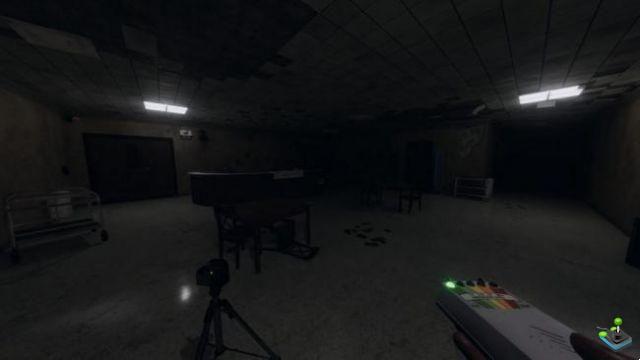 After a very good year 2021 for phasmophobia, which has seen a plethora of new features, whether in terms of ghosts, objects or even cards, not to mention improvements of all kinds, developers will continue to enrich the experience. Indeed, as the year 2021 comes to an end, the developers have shared a short message on Twitter, which aims to give a small overview of what players can expect throughout the year.

Kinetic Games has therefore decided to tell us what it was working on and was going to work on in the coming months, to make phasmophobia an even more complete game. Thus, we will be able to take advantage of a customizable difficulty by being able to modify certain parameters such as the number of proofs, the interactions of the ghost, the weather or the duration of the hunt. A rework of the VR version is also planned, to bring various optimizations (sounds, visuals) while switching from SteamVR to OpenXR.

For the rest, we will be able to discover new equipment, some of which can be improved, new character models, reworked animations, a new level system, new quests, optional objectives and character customization.


As the year is coming to a close, we at Kinetic Games want to say a huge thanks for playing Phasmophobia. We thank you for reporting bugs, giving your feedback and appreciation for each update we release!

Here is a quick update for what we have planned for 2022!#Phasmophobia pic.twitter.com/nmjbhDefhW

— Phasmophobia (@KineticGame) December 22, 2021 All of this will be added during the year, without further details for the moment, of course. Naturally, probably not everything has been mentioned in this image, with the developers having a few surprises in store for the community. phasmophobia remains available on PC, in early access on Steam.
FM 2022: Free agents and best central attacking midfielders without a contract (MOC) ❯

add a comment of Phasmophobia shares its roadmap for 2022