Author and references
Find a list of all the codes available on the Roblox Amongst Us game allowing you to recover pets and coins for free. To thank you for your loyalty, we offer you to win 800 Robux (10 euros) on the Discord server of our partner Roblox France.

The various lists list all of the codes available, or which have been, classified according to their date of appearance on Amongst us. These codes allow you to collect coins, which will give you the opportunity to open boxes containing various hats to customize your avatar, or even pets. Also note that the codes are case sensitive, so be sure to correctly respect the upper and lower case letters present.

Codes actifs Amongst Us

If the code entered does not work, do not hesitate to enter it repeatedly, the developers having implemented a system to counter exploits.


Codes expirés Amongst Us

How to activate the codes in Amongst Us?

If you want to activate codes on Amongst Us, in order to recover various sums of coins, you just have to click on the "INVENTORY" button accompanied by a box, located on the left of your screen. From then on, you should see a new window appear on which is present the logo of the blue bird of Twitter, in the menu on the left. You will only have to click on it to access a text field in which is written "Enter Code Here". 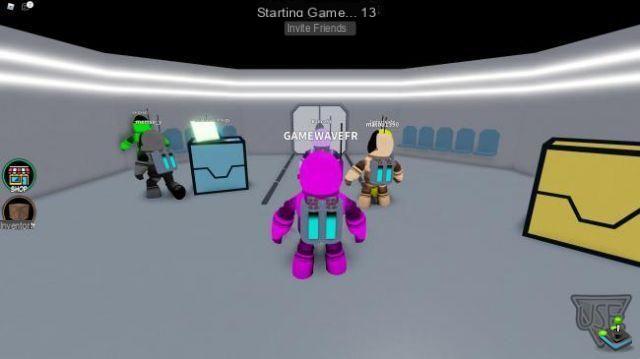 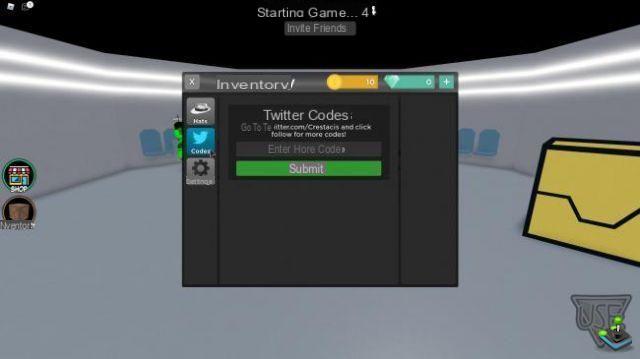 You will then only have to inform one of the many codes present in the list above, before pressing the green "Submit" button. Of course, you can only enterone and only code at a time and repeat this action as many times as necessary and collect the coins that will allow you boxes containing more or less rare head skins, and even pets on Amongst us.

Amongst Us, what is it?

Amongst us is a game that was released on September 22, 2020, having been developed by Wizard studio. As its name suggests, Amongst Us is a game greatly inspired, if not copied and pasted, from the excellent independent title Among Us. On Roblox, Amongst Us takes over most of the features of the original game, going as far as offer the same missions, buttons and map. However, this version gives you the choice to play in third person, bringing a rather interesting 3D dimension, or with the well-known subjective view.

Obviously, the objectives will remain the same, the Imposters having to decimate the Innocents at all costs while the latter will have to carry out various tasks allowing the maintenance of the ship in which they are. The codes Amongst Us will give you the opportunity to collect coins, which will be useful for opening crates containing cosmetics for your avatar such as hats and pets.

Play Amongst Us If you want more information about Roblox or join an active community to share pleasant moments with other players, we invite you to join the Roblox France Community Discord.
Audio Video Roblox : Codes Amongst Us (Février 2022)
Roblox: Anime Artifacts Simulator Codes (February 2022) ❯

add a comment of Roblox : Codes Amongst Us (Février 2022)