Author and references
Find a list of all the codes available on the Roblox Murder Mystery 2 game, allowing you to recover knife skins. To thank you for your loyalty, we offer you to win 800 Robux (10 euros) on the Discord server of our partner Roblox France.

The various lists list all of the codes available, or which have been, classified according to their date of appearance in Murder mystery 2. These codes allow you most of the time to recover beautiful knives, which will not be used for much except to look pretty. However, if you are a fan of cosmetics, especially within the game, remember to visit this page regularly, the codes Murder Mystery 2 have a very limited lifespan.

How to activate codes in Murder Mystery 2?

If you want to activate codes on Murder Mystery 2, in order to recover nice cosmetics, in particular knives, you just have to click on the inventory button, located on the left of your screen. 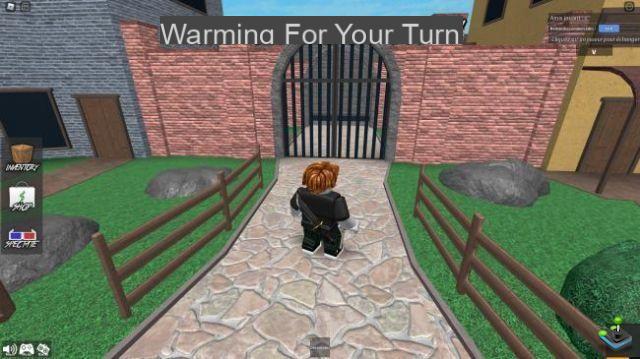 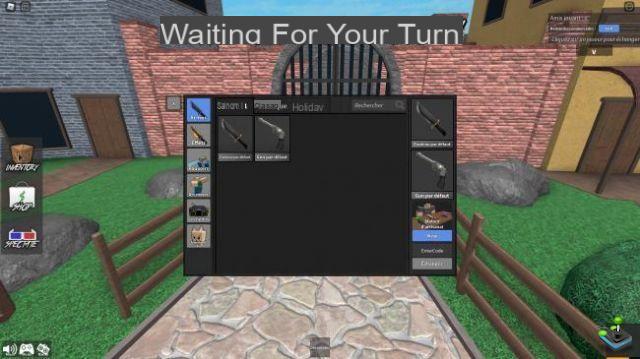 Once you click on the crate with the wording "Inventory", a new window will appear in which you will find your inventory and, therefore, the items you can equip. However, it is on the field, located at the bottom right of this window, where "EnterCode" is written, that you will have to focus your attention, since it is in this field that you will have to enter one of the many codes present in the list above, before clicking on the “Exchange” button. Of course, you can only enterone and only code at a time and repeat this action as many times as necessary and collect the various cosmetics available that will allow you to be in possession of a particularly stylish character.

Murder Mystery 2, what is it?

Murder mystery 2, developed by a North American named Nikilis, is an indie horror game heavily inspired by Murder Mode on Garry's Mod. Created on January 18, 2014, Murder Mystery 2 is one of the most popular titles on the Roblox platform with an average of 50 players connected simultaneously and more than 000 billion visits.

The principle of Murder Mystery 2 is relatively simple, since twelve players embodying different roles, namely Sheriff, Murderer or Innocent are present in an enclosed place. Of course, the Murderer will have to kill all of the Innocents without the Sheriff discovering his true identity. Only the Sheriff is in possession of a firearm, which can overcome the Murderer, if the various clues and information shared and given by the Innocents prove to be interesting.