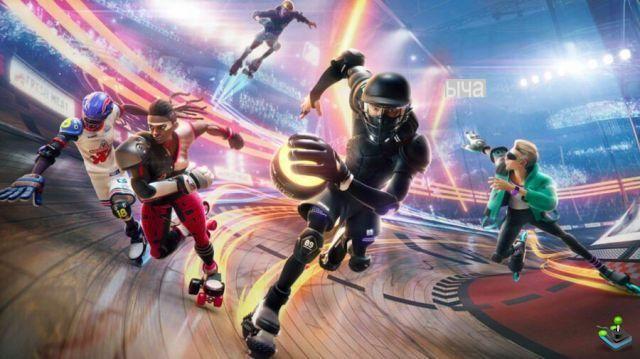 Roller Champions is an upcoming free-to-play multiplayer game from Ubisoft. Blending elements of roller skating and basketball, it's a high-speed team-sport title that's heading to PlayStation 4 later this year. If you'd rather not wait for the full release and want to see how it goes, you're in luck – a closed beta test will let some try it out.

In this guide, we'll outline all the details of this PS4 closed beta so you know what's happening and when.

When does the Roller Champions Closed Beta start and end? Below you will find all the times and dates you will need.

As this is a closed beta test, it is not open to everyone. If you want to participate in the Roller Champions beta, you will need to register yourself.

To do this, go to this link and register using your Ubisoft account details (probably the same as your PSN details). If you're successful, you'll receive a Closed Beta invite with an access code, which will add the game to your PS4's library in time to begin when the servers go live.

In the Roller Champions closed beta test, there are quite a few things to see and do.

You will mainly be able to experience the main mode of the game during friendly matches. You will also have access to ranked matches, as well as limited time events. There's also the Skatepark, which is a persistent online hub where you can meet your teammates and practice your moves.

It's also worth noting that the closed beta features cross-platform play between PS4, Xbox One, and PC, so you should have plenty of people to play with.

Will you enter the arena with the closed beta of Roller Champions on PS4? Go straight to the comments section below.

add a comment of Roller Champions PS4 closed beta: dates, times and how to play