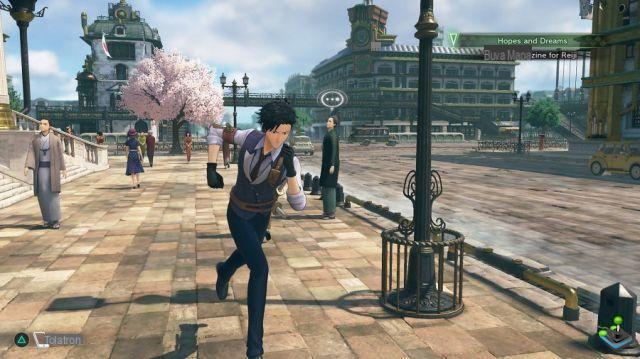 Sakura Wars is a soft reboot of SEGA's long-running series. Like its predecessors, it combines elements of visual simulation and dating with steampunk robots, as the threat of a demonic invasion looms over one of Earth's major cities. This one is about the alternate timeline of Tokyo in 1940, as former Navy Captain Seijuro Kamiyama is brought in to lead the Flower Division – an all-female combat squad tasked with defending the Japanese capital.

You play as Seijuro as you patrol the Imperial Grand Theater, which acts as the Flower Division's base of operations. Between combat missions, you spend your time exploring a number of locations across the city, discovering the game's colorful cast of characters, and building relationships with your allies in the Flower Division.

Sakura Wars has a relaxed atmosphere when walking around Tokyo. The pacing might be a bit too slow for some, but it gives the intriguing setting room breathing space. That said, it's not a particularly long match. It took us about 15 hours to see the story through, but the player choice and multiple endings give the package decent replay value. 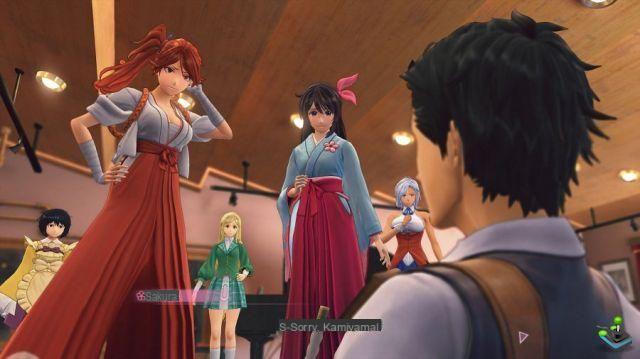 The path you take largely comes down to which member of the Flower Division you romance — and that's where the dating sim elements come in. Pursuing the girl of your dreams isn't hard — you pass simply time with them whenever the opportunity arises - but Seijuro has yet to master the art of flirting. Most conversations give you three dialogue choices, and choosing the right answer gets you closer to the heart of that character. Do your best not to piss them off, and you'll hopefully end up with your favorite waifu by the time the credits roll.

It's a simple system, but sometimes the dialogue options are extremely vague. Seijuro is the kind of goofball who can switch between being charismatic and pathetic in the blink of an eye, and so trying to predict the outcome of a specific choice can be difficult. The same issue also applies to the dialogue choices that are peppered throughout the main story. The frustration kicks in when you select an option that seems entirely normal, only to watch in horror as Seijuro blurts out something totally inappropriate.

To make matters worse, you are usually reprimanded for choosing poorly. Granted, some of these scenes can be really funny, but they create an awkwardly inconsistent tone. One minute the girls of the Flower Division are calling Seijuro a disgusting pervert, and the next they're blindly following him into a battle where their whole lives hang in the balance. We get it, you can't exactly lock up the protagonist for being a degenerate halfway through the story, but again, it's frustrating to be able to derail important scenes through dialogue options that seem innocent. 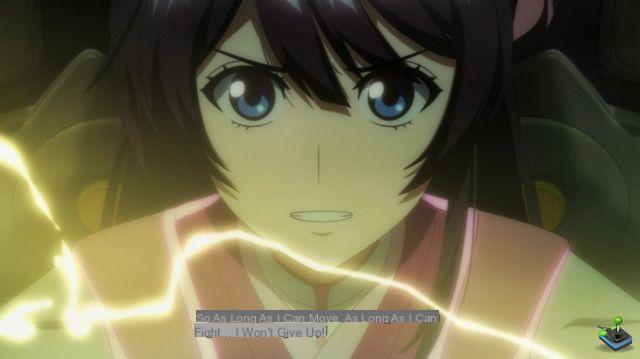 But to be fair, the plot is painfully predictable anyway. You'll see all the twists come hours before they actually happen, and it doesn't help that the villains are awesomely stunning. Sakura Wars focuses on its main cast of characters, and that's fine, but even the Flower Division can't escape the pull of predictability. One of your allies goes through the exact same character arc not once, not twice, but three times throughout the story, and at this point you start to wonder if there's actually any depth to it. these personalities.

While there are some nice character moments between Seijuro and the girls, they're overshadowed by tired anime tropes that pop up again and again. They're not hateful characters, but they feel underdeveloped. And sadly, that's especially true for the game's supporting cast, most of whom barely have enough time to establish any personality type that isn't entirely stereotypical.

It's finally a shame that it is not possible to do more with the characters of Sakura Wars. There's an endearing spark to the central cast, but you never feel empowered to spread your wings. Instead, they're confined to what's essentially mediocre action romance anime in video game form. 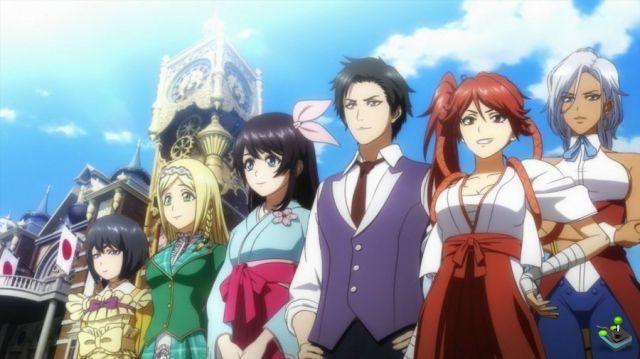 Speaking of action, this is the other side of Sakura Wars. The series used to adopt a turn-based strategy-based combat system, but this new installment opts for Dynasty Warriors-style hack-and-slash skirmishes. This is quite the start, and at first we were seriously disappointed. Luckily, the game's day one patch improves the combat significantly by removing the camera and fixing some seriously dodgy hitboxes. Just in time for the review!

Seijuro and company pilot cool-looking mechs as they grapple with demons of all shapes and sizes. You hit enemies by smashing circle and triangle, while pressing R1 allows you to dodge incoming attacks. Set it correctly and you can enjoy a temporary slow motion effect. Despite its simplicity, there's a pleasant enough pace to fight through, although some progression would have been welcome.

You don't upgrade your costumes or upgrade your characters - your abilities remain the same throughout the release. As such, the combat scenarios start to feel a bit shallow, even though each story chapter is built around one or two major battles. Much like the characters, the combat isn't bad, but it rarely goes beyond the basics. 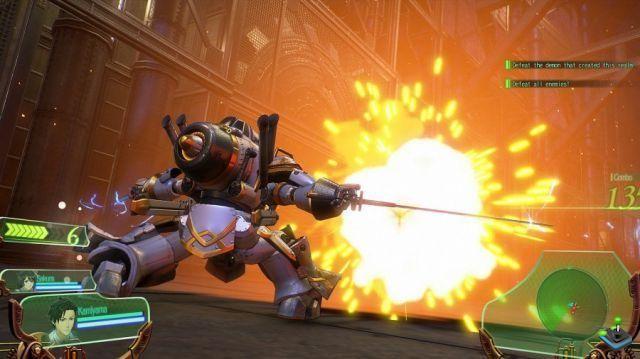 Gameplay-wise Sakura Wars can be hit or miss, and the same applies to its visuals. In terms of presentation, he has some good ideas. For example, we love how each story chapter ends with an anime-style "next time on Sakura Wars" sequence, and the main character models are fantastic. Seijuro and the Flower Division were designed by Bleach writer Tite Kubo, but the supporting cast was designed by a number of other recognizable artists - and it shows. Some characters seem to belong to a completely different property, leading to a noticeable stylistic clash during certain scenes. The use of different artists is a neat concept on paper, but in reality the results distract from an otherwise cohesive work of fiction.

But hey, at least the music is coherent. Sakura Wars has a surprisingly good soundtrack, with catchy brass-based melodies.

Sakura Wars is an entertaining fusion of dating sim and button-mashing action elements, but it's held back by tired anime tropes and some disappointingly underdeveloped characters. The overall story can be painfully predictable, but there's still waifu-hunting fun here, and there's enough combat to keep the otherwise relaxed pace in check.

Audio Video Sakura Wars – An Entertaining But Flawed Summer Anime In Video Game Form
Did you know there is a website that tracks PSN prices over time? ❯