Author and references
The Xbox Game Pass needs no introduction as the service has been and is still being talked about on a regular basis. Moreover, the catalog of the service regularly welcomes new games. In this regard, Microsoft recently unveiled the games that will integrate the Game Pass, in June 2022. Similarly, we now know which titles will leave the catalog, in the coming weeks.

For the month of June 2022, players will be able to enjoy new games, via Game Pass on consoles (Xbox One, Xbox Series) and on PC. Without further ado, here is the next titles that will integrate the catalog. Each time, we indicate the platforms concerned and the date of arrival of the said game. 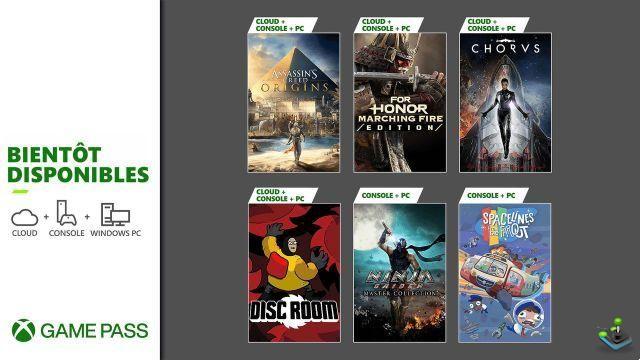 Furthermore, in June, some titles will unfortunately leave the Game Pass catalog. In the same idea as the games that are coming, we indicate the platforms concerned. Note that all of these titles will no longer be available in the Game Pass, starting June 15.
As of June 30, the following games will be released from the Xbox Game Pass catalog:
The article will be updated if Microsoft announces other movements for this month of June, concerning the catalogue du Game Pass.
PS Plus September 2022: Free games revealed ❯

add a comment of Xbox Game Pass: New features and games coming out in June 2022