Author and references
Find a list of all the codes available on the Roblox Survive the Killer game, allowing you to easily collect bonuses. To thank you for your loyalty, we offer you to win 800 Robux (10 euros) on the Discord server of our partner Roblox France.

The various lists list all of the codes available, or which have been, classified according to their date of appearance on Survive the killer, French in Flee the Killer. These codes allow you to collect various bonuses, including cosmetics for your knife.

How to activate codes in Survive the Killer?

If you want to activate codes on Survive the Killer, in order to recover skins or EXP, you just have to click on the blue Twitter icon, located on the bar at the bottom of your screen. 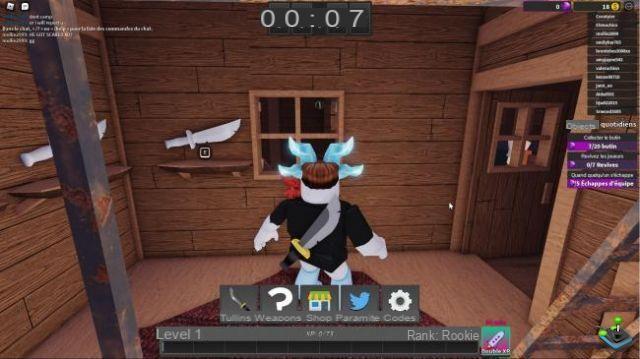 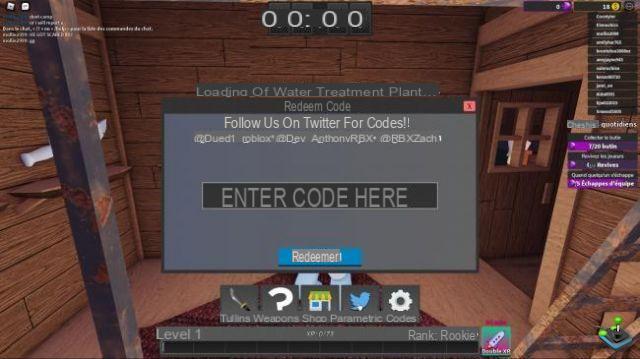 This action should allow you to display a window in which you will only have to fill in one of the many codes present in the list above before clicking on the blue “REDEEM” button. Of course, you can only enterone and only code at a time and repeat this action as many times as necessary and collect the bonuses that will help you stand out from other players in Survive the killer.

Survive the Killer, what is it?

Survive the killer, or Flee the Killer, is a game created by Slyce Entertainment, launched in January 2020. Players find themselves locked in a huge building with a killer among them, who is known before the game starts. The objective is to survive the latter by hiding in a room or a hiding place for five minutes, then to escape, in order to score points. If the killer manages to eliminate you, your allies have a few seconds to revive you. If they can't, you'll be out of the game forever. A game that is somewhat similar to Dead by Daylight, with several figures from horrific universes, like Chucky. Don't forget to use the codes Survive the Killer in order to have some skins that reference them.

add a comment of Roblox : Codes Survive the Killer (Février 2022)