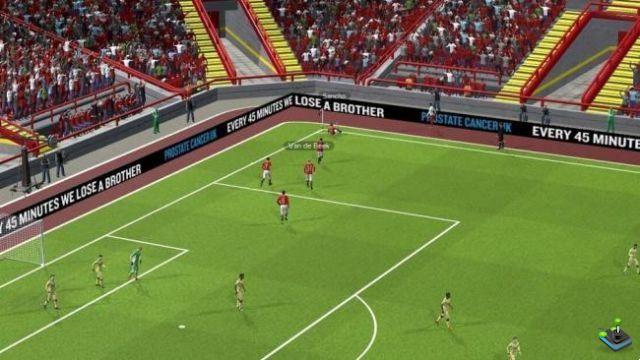 Each year, the developers of Football Manager don't hesitate to share statistics to show the popularity of their game, while thanking the community for their loyal support over the years. For this 2022 opus, the mark of one million copies sold was crossed at the end of June, as indicated by Miles Jacobson, director of the series.

He would like to thank the whole community, which is very present despite the various problems of the moment. and in particular the economic crisis following COVID-19 and the war in Ukraine. The studio doesn't take its community for granted, which suggests plenty of improvements and additions are coming for FM 2023.


In the the last 12 hours we sold our millionth copy of #FM22 on PC/Mac.
In these difficult times, especially with the cost of living crisis, this is not something we take for granted. So thank you to all of you who have bought the game -or played via GamePass or other platforms x

— Miles Jacobson 💙 (@milesSI) June 26, 2022 Going back to the statistics, even if the million copies sold may seem to arrive quite late, remember that its presence in the Xbox Game Pass catalog allows many users to take advantage of the game without being part of the buyers. If we look at the statistics on Steam, these are quite close to those of last year, while a part has probably migrated to the Epic Games Store.

In short, the Football Manager license is still going strong and the release of FM 2023 at the end of the year will most likely be a success. However, Sports Interactive has not yet revealed anything to us about this new iteration. If you are starting a new adventure, you can find a list of the best nuggets and a list of the best free agents, in order to start this new adventure well.

As a reminder, F is available since November 9, 2021 on PC, through Steam and the Epic Games Store, Xbox and in the Range Pass. If you want to get it while saving money, we remind you that our partner Instant Gaming offers it to you, at unbeatable prices, on:

add a comment of FM 2022 reaches one million copies sold