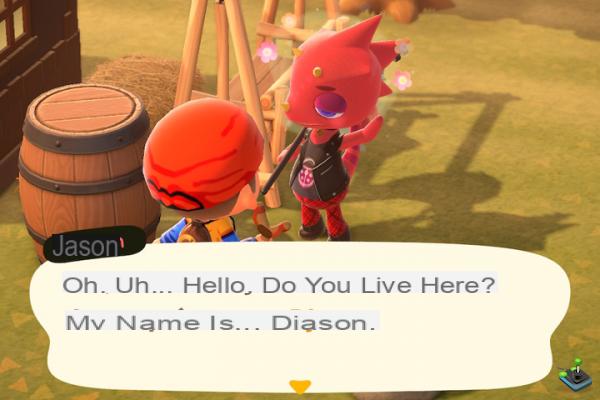 You may have noticed that Pollux et Jason d'Animal Crossing: New Horizons were somewhat similar... One redeems fish, and the other insects! It is therefore not surprising to learn that just like Pollux, Djason will also organize his own tournaments on your island. It will be insectosafaris which will be similar to fishing tournaments, but with insects!

insectosafaris are going to be organized in Animal Crossing thanks to Djason, the insect-loving chameleon! The Tournament will work exactly the same as the Fishing Tournament, except instead of the fish you will have to catch insects. So be sure to be armed with a net before you start!

Just like the fishing tournament, you will therefore have 3 minutes top chrono to catch as many insects as possible and try to win rewards from Djason, who will have set up a stand in the main square. You can participate between 9 a.m. and 18 p.m., and to find out if a tournament is taking place on your island, listen carefully to Marie's announcements, or consult the notice board!

The tournaments will take place on specific dates, which differ according to the hemispheres:

However, if you unlock Kéké on your island on the day of a tournament, the date maybe postponed later !

Rewards will be up for grabs during this tournament, here is the list:

As well as 3 trophies:

Insects of the month for February in Animal Crossing New Horizons, northern and southern hemisphere

Animal Crossing New Horizons: Layette and the Nuns' sewing workshop, how to unlock it?

Animal Crossing New Horizons Gift Day 2021, how to participate in the event?

Animal Crossing New Horizons: DIY plans, how to get them?

add a comment of Insectosafari, dates and rewards in Animal Crossing: New Horizons