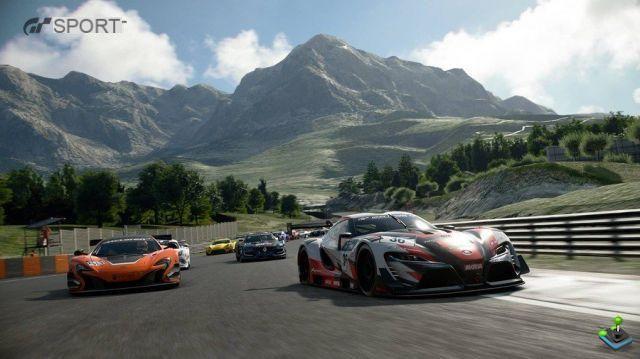 Update: After pulling the Instagram post overnight, Next Level Racing released the following statement on their website: "Our team has acknowledged that a recent post by us using a logo was misinterpreted by the media and does not reflect any information from us, and we deny having knowledge of any information regarding the launch of GT7. There have been some assumptions in the media that are simply untrue. For this reason, we have decided to take down our previous social post. Our graphic design department used the dummy logo which is distributed on the internet."

The problem then becomes the fact that this particular logo has not actually circulated online. Outlets including TheSixthAxis and Gematsu have now asked Next Level Racing to clarify where they got the logo from. We'll update this article if anything else is said or reported. It's a bit dodgy.

Original story: Wait what? Is this a Gran Turismo 7 logo we're spying on? It could very well be. Instagram account Next Level Racing, which makes cockpits official for driving simulation games on Sony platforms, posted earlier today asking its followers which racing title they've been most looking forward to in 2020. the likes of F1 2020 and DIRT 5 were valid options, but then the profile released a logo for Gran Turismo 7.

Visible below, it comes with the caption: "Which racing game are you most looking forward to in 2020?"

We were expecting a new entry in the racing franchise on the PlayStation 5 at some point, but if this post is taken at face value, it could even be a launch game. Of course, we don't recommend getting your hopes up too much – it could just be some kind of Next Level Racing mockup made itself. Nevertheless, the post is worth considering. If this is indeed a PS5 game coming at launch, we'll likely hear about it next month when Sony is rumored to be revealing many of its next-gen titles.

Do you think it's real? Will Gran Turismo 7 be a PS5 launch game? Share your predictions in the comments below.