The PlayStation 5 controller is called DualSense

Sony's next-gen controller, the DualSense looks a lot like the offspring of a DualShock and an Xbox controller. Revealed on the PlayStation Blog, the wireless DualSense looks a bit bulkier than its DualShock 4 cousin, and it looks more like a boomerang than a controller patent filed in Japan last year, supposedly showing the 'DualShock 5' of the time.

However, Hideaki Nishino, Senior Vice President, Platform Planning and Management for Sony Interactive Entertainment, said the development team worked hard to create a device that is both well-designed and lightweight.

…we had to think about how the components would fit into the hardware, without making it feel bulky. Our design team worked closely with our hardware engineers to place the triggers and actuators.

The designers then got to draw the lines for the look and feel of the controller's exterior, with the challenge of making the controller look smaller than it looks. Ultimately, we changed the angle of the hand triggers and made some subtle updates to the grip as well. 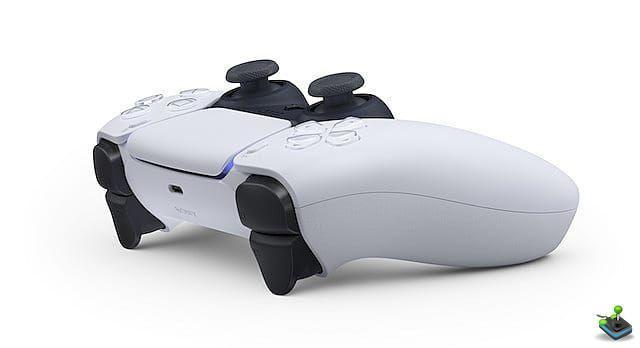 The DualSense follows in the footsteps of what seems to be Sony's core ethos with the PlayStation 5: providing gamers with greater immersion. The controller features haptic feedback and adaptive triggers, two things we already knew.

Instead of the relatively simple rumble that gamers have grown accustomed to over the years, the DualSense offers a much wider range of tactile variation. An example given by Nishino mentions "the slow fragility of driving a car through mud".

Aiming to provide developers with more control over the sensory aspects of their games, the DualSense seeks to open new doors of feedback, particularly through its "L2" and "R2" haptic feedback triggers, which have the ability to increase or decrease the voltage, for example.

The share button featured on the DualShock 4 is in a similar area on the DualSense, but is now called the "Create" button. Nishino teases in the PlayStation Blog post that he wants players to have more control over how they create game-centric content, like videos and screenshots. However, he didn't share anything concrete beyond that.

A microphone is also integrated into the DualSense to allow each player to chat with their friends. Specific details on microphone quality were not provided, although Nishino admitted that a headset would be best for group chat or long periods of use.

We still have a lot to learn about the PlayStation 5 ahead of its Holiday 2020 launch window. While PS5 Lead System Architect Mark Cerny recently shed some light on the system's technical specs in what was supposed to be a GDC presentation, we we still don't know exactly what the console looks like or how much it will cost.

Stay tuned to GameSkinny for more on the DualSense and PlayStation 5 as we learn more.

Audio Video The PlayStation 5 controller is called DualSense
Can PS4 and PS5 play Battlefield 2042 together? ❯

add a comment of The PlayStation 5 controller is called DualSense