PS5 Backward Compatibility: Can you play PS4 games on PlayStation 5? 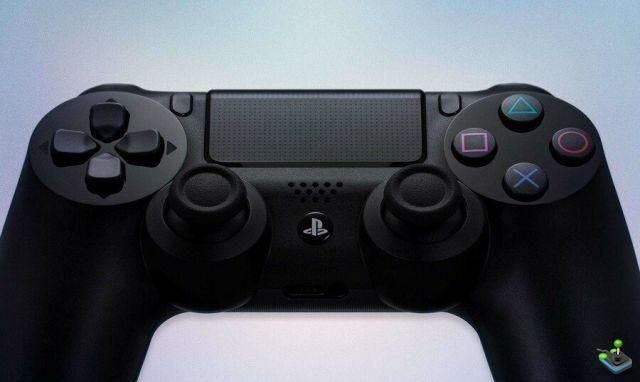 Is the PS5 backward compatible with the PS4? can you play PS4 Games on the PlayStation 5? One of the biggest questions about the PS5 is whether you will be able to play PS4 games on it. As part of our Guide PS5, we will explain how PS4 games will work on the PS5 and if they will be improved. For more information, refer to the following guides: PS4 to PS5: All games with free upgrades confirmed, PS5 Smart Delivery: Does the PlayStation 5 offer Smart Delivery for PS4 games?, and PS5 Game Boost: All the major PS4 game improvements. You can also read more about Sony's classic consoles and which will be compatible with the PS5 here: PS5 Backward Compatibility: Can you play PS3, PS2 and PS1 games on PlayStation 5? And finally, check out the following guides: Can you use a PS4 controller on PS5? et Will PS5 games play on PS4?

PS5 Backward Compatibility: Can you play PS4 games on PlayStation 5?

Sony has confirmed that PS4 games will be playable on the PS5, which means that the The PlayStation 5 is backwards compatible with the PS4. This means that you will be able to download games you purchased from PlayStation Store on PS4 and play them on PS5. You will also be able to insert physical PS4 discs into the PS5 and play them on the next-gen console. You won't be able to use physical media on the PS5 Digital Edition because it doesn't have a disc drive, and you can read more about that here: PS5 Digital Edition vs PS5: what's the difference?

PS5 backwards compatibility: Which PS4 games will work on PS5?

Sony said that the 'overwhelming majority' of PS4 games will run on PS5 at launch. He has since added that he expects 99 percent PS4 games to be compatible with PS5. Although the vast majority of PS4 games run flawlessly on PS5, there are a few exceptions. Below is a list of all PS4 games that don't work on PS5 as good as all PS4 games that may have errors on PS5. You can rest assured that unless the game is listed below, it will run without any issues.

All PS4 games that don't work on PS5

At the time of writing this article, there are just 6 PS4 games won't be backwards compatible on PS5. On the PlayStation Store, these titles will come with a description playback “Playable on: PS4 only”. The full list is as follows:

All PS4 games that may have errors on PS5

While the vast majority of PS4 games run on PS5 without any errors, Sony has marked some games on the PlayStation Store with the following warning: "When played on PS5, this game may exhibit errors or unexpected behavior and certain features available on PS4 may be missing. " It is important to note that all PS4 games with this message will load and be playable on the PS5, but they may have errors such as minor graphical glitches or bugs. The full list of all PS4 games that may have errors on PS5 is as follows:

The PS5 is backwards compatible with PS4 software, which means both physical and digital software will work on the next-gen system. Assuming you use the same PSN account on PS5, you will have access to all of your PS4 purchases from the PlayStation Store. This includes PlayStation Plus titles – but you'll need to make sure your subscription is active in order to play them.

PS4 games will play better on PS5 through the use of a "boost" mode, but this may cause compatibility issues and may not apply to all games. You may also need to make sure your PS4 games are installed on the PS5 SSD (see also: PS5 SSD: Why It's Better Than HDD), although you have the option to save some space using a more traditional external hard drive (see also: How to use an external hard drive on PS5). Games stored on the latter, of course, won't benefit from the speeds of Sony's super-fast SSD. For more information, check the following:Best PS5 and PS4 External Hard Drives et Which SSDs will be compatible with the PS5?

Here's what Sony has to say about PS4 games running better on PS5: "We expect backward compatible titles to run at an increased frame rate on PS5 so they can benefit from higher or more stable frame rates. and potentially higher resolutions. We are currently evaluating the games on a title-by-title basis to spot any issues that require adjustment from the original software developers. » You can read more about the potential improvements via the following link: PS5 Game Boost: All the major PS4 game improvements.

Sony said that PlayStation VR will be fully backward compatible with the PS5, meaning you'll be able to plug your current headset into the next-gen console and experience virtual reality. As the PlayStation 5 is also backwards compatible with PS4 software, this means that you will be able to play PSVR games on the PS5 whether you own them digitally or physically. You will need a free PS camera adapter to connect your existing PS4 camera to the PS5, as the new HD camera is not compatible. You can discover How to Get a Free PS5 PlayStation Camera Adapter for PSVR through the link. For more information, refer to the following: Does PSVR work on PS5? et All PS5 games with PSVR support.

Sony has only confirmed PS5 backwards compatibility with PS4 games. Although there have been rumors suggesting support for PS3, PS2, and PS1 titles as well, the platform holder has mainly focused on supporting PS4 games. It should be noted that PS2 Classics purchased for the PS4 from the PlayStation Store should work on the PS5, as they use an emulator which should be compatible with the next-gen console. The same goes for remasters, like PaRappa the Rapper. You can find more information here: PS5 Backward Compatibility: Can you play PS3, PS2 and PS1 games on PlayStation 5?

Will you take advantage of the PS5's backward compatibility with PS4 games? Take a step back in the comments below and check out our Guide PS5.

add a comment of PS5 Backward Compatibility: Can you play PS4 games on PlayStation 5?