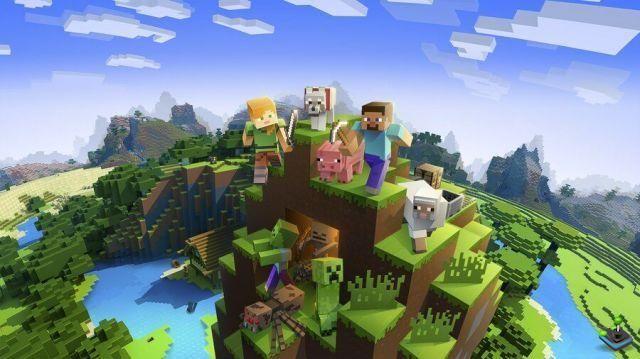 What are the best kids games on PS4? When most people talk about the PlayStation 4, they think of its (brilliant) range of games aimed at older audiences. However, what is somewhat underrated is the console's wide variety of kids' games. There are as many games for youngsters as there are for adults, and many of them are enjoyable regardless of age. From easy-to-play kids games to titles that let kids and parents play together, the PS4 is an untapped family treasure. Here are what we think are 25 of the best PS4 kids games on the Sony console, and be sure to check out our list of the best PS4 games for families to play together at home.

An exploration-focused open-world platformer, Grow Up features BUD the robot as he hunts down parts of his destroyed spaceship, MOM. The clumsy droid starts out with limited abilities, but by the end you'll be able to practically fly in this endearing adventure. As well as rebuilding the ship, you'll also need to grow a huge plant to reach farther and higher, culminating in a dizzying tower to dive from. It's a very different style of play, but not one you should ignore. It's inventive, easy-going and fun.

Kids love slapstick, right? In games, there's nothing better than Gang Beasts, a colorful multiplayer brawler featuring unstable men with a knack for silliness. There's a lack of control over each character that kind of adds to the fun of trying to knock each other out. The different levels offer brilliant scenarios that can lead to hilarious wins and losses. It's chaotic and silly, but if your kids get into it, they'll laugh for hours as they fight unpredictably.

If you've ever played Banjo-Kazooie, you'll know what to expect here. Developed by many of the same people as Rare's N64 platformer, Yooka-Laylee is a silly, colorful adventure game featuring a chameleon and a bat. You'll guide them through various levels to collect Pagies and thwart Capital B's plans. It's your typical run-jump-collect style adventure, with big levels to explore and secrets to uncover. It's a decent game with a cartoonish vibe and nostalgic charm.

A colorful and charming little adventure game with light RPG elements, The Swords of Ditto can appeal to all ages, but it's an especially good choice for younger players who may be discovering the joys of older gameplay. thorough. It has several easy-to-understand difficulty settings and controls and, in addition, a second player can step in at any time to help.

It's a short, curious little game that puts you in control of a hole in the ground that gets bigger as things fall into it. There's something surprisingly satisfying about gobbling up everything from small boulders to entire buildings at each of Donut County's stages, and what's more, the story told between levels is insane. BK the raccoon works at the local donut shop, and when people order one, he instead sent holes to steal all their stuff, eventually gobbling up the whole town. It's nicely bonkers and well worth playing.