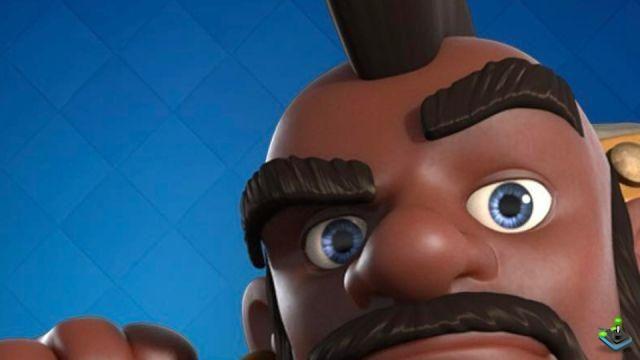 Hog Rider Deck Clash Royale 2022 Among the most played cards: the Hog Rider. But which deck is the best to play this Clash Royale troop effectively?

The Pig Rider armed with his hammer and his mount has not finished surprising you! It's a dread attack card because it is difficult to defend and inflicts big damage to the opponent.

Your deck must consist of a Rider if you want to win every time. We recommend a deck made up of a Rider, for an Canon, the Log, the Musketeer, Skeletons, the Fireball, for an Ice Golem, for an ice spirit.

What cards for the 2,6 deck with Hog Rider in Clash Royale?

As its name suggests, it is a deck with 2,6 elixirs. It is hard to play but is part of one of the strongest in Clash Royale! It is complicated because you have very few cards to defend yourself. This is why you will need to training to be able to play it perfectly.

The goal of this deck is not to build a one-hit offensive push, but rather to scrape the most damage through the Rider and Fireball. When the fight begins, seek to attack first by launching a rider alone to try to see opponent's cards. In most of the cases, defend enemy pushes by placing your cannon in the center of your field. It will take care of inflicting damage while you will distract the troops with other cards such as the Ice Spirit, the Ice Golem or the Skeletons.

If the opponent attacks with a PEKKA, do not panic. Put your Ice Golem in order to rotate the PEKKA and deflect it on the other side of the map. If he attacks with a Voleuse alone, just place your Skeletons so it attacks them and the tower will take care of the rest. If a push arrives with a royal ghost or a Éelectro-wizard or a Amagic search, simply launch your Fireball accompanied by a Log. In all cases, you can place your Mreinforcement ousketeer from the tower to help defend.

The strong point of this deck is that your attack is very effective and does not require not much elixir. The big downside is that you will need a lot of practice to be able to play it and for it to be effective.