8 PS4 Games That Needed An FPS Update On PS5 Yesterday 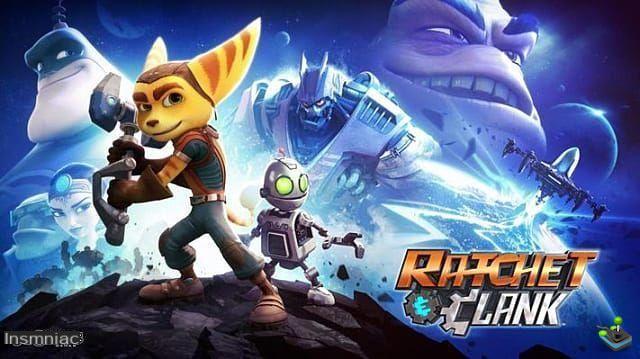 You might have missed it, but Insomniac's reboot of the classic Ratchet and Clank series, released in 2016, just received a PS5 update that allows the game to run at 60fps in 4K. The update makes a big difference when it comes to gameplay, and as a longtime fan of the series, it's nice to see how much care and love Insomniac continues to pour into this series.

What's more interesting about Ratchet and Clank getting such an upgrade is what Digital Foundry found after doing a deep dive into the patch. They found that although the patch itself was developed in March 2021, it was based on a legacy SDK model.

This is important because while Ratchet and Clank can be upgraded via a patch based on an older version, the potential for other PS4s to receive the same treatment is much higher now.

With that in mind, what other games are desperate for the same switch to be flipped? Here are eight that should get a PS5 upgrade sooner rather than later.

You had to know that it would be at the top. There really isn't any other game that deserves to, no, demand to be upgraded for PS5 with a 4K 60fps patch. Like so many others, I got Bloodborne platinum and spent many more hours getting by mostly in Yharnham.

But it's absolutely heartbreaking to play on PS5 because what we know the performance could be.

Bloodborne's fast, thrusting combat makes it exactly the kind of game to take advantage of a locked, high frame rate, but it still runs at 30fps on the PS5.

This is another one that looks like it should have been done a long time ago. The Uncharted series is one of PlayStation's most beloved franchises, and the incredibly impressive cinematic gameplay is worth experiencing at 60.

What's most disconcerting about A Thief's End, however, is that all three original Uncharted games are already running at 60fps in the Uncharted Collection. It's strange to think about the performance gap if fans play the series chronologically on their PS5s.

The Last Guardian is an interesting case because there's already a way to play it at 4K 60fps on PS5. The only catch is that fans must already own a physical copy of the game on PS4 and more importantly, not update it to the latest patch.

Running the game unpatched on PS5 lets fans experience The Last Guardian exactly as it should. It's unfortunate, however, that there's no official way to play the game this way, especially since it's also part of the PlayStation Plus collection on PlayStation 5.

This one hurts a bit more because those who own the digital version of the game can't grab the game's patches.

Once again the latest in a successful Naughty Dog series is left without a PS5 patch. A full 4K 60fps patch for The Last Of Us 2 would make a great game even better.

Just as The Last Of Us was remastered and released for PS4 (and appears to have a full remake), it's very likely the same will happen here, where a remaster of The Last Of Us 2 is quietly in the works. worked, opening the door to more than just an increase in frame rate and resolution.

The Last of Us 2 already looks great on PS5 thanks to backwards compatibility, but imagine how faster load times, increased visuals, and ray tracing could affect the feel of Ellie's adventure.

Unlike Uncharted 4: A Thief's End, where early entries in the series run at 60fps, Batman Arkham is a bit different: only the latest version, Batman Arkham Knight, runs at 60fps on PS5.

Before Insomniac's fantastic Spider-Man and Miles Morales, Batman Arkham ruled the roost, setting the stage for all superhero games to follow. So it goes without a doubt that the remaster of Rocksteady's Batman: Arkham Asylum and Batman: Arkham City is far from complete.

Why Gravity Rush 2 doesn't already hit 60fps on PS4 is another puzzle. The remaster of the PS Vita classic and that game's predecessor, Gravity Rush, runs at the incredibly smooth frame rate on Sony's last-gen system, so having the sequel locked at 30fps feels pretty anti-climactic.

This was the case when the game was released in 2017, and it still is today. Hopefully we can see this addition for Gravity Rush 2, but recent departures from SIE Japan have jeopardized the prospect of such a patch.

The resounding success of Guerilla Games has struck a chord with over 10 million fans (at least) since its release on PS4 in 2017. Many, including myself, immediately connected with Aloy, her determination and her adventure. . Also, it's cool to shoot down giant robot creatures with bow and arrows.

With the sequel on the horizon (pun intended), the recent release of Horizon: Zero Dawn on PC, and Sony offering the PS4 version through the Play At Home program in mid-April, a PS5 upgrade is sure. to come out soon, right?

Either way, like many others on this list, we already know how good the game would look with a 4K/60fps upgrade thanks to the PC version, so it's about time the PS5 lived up to it.

Hideo Kojima's latest epic is certainly controversial, but there's no denying that Death Stranding is a beautiful and, at times, gruesome experience. Although it was originally released on PS4, its subsequent PC release showed just how amazing it can be when rendered with such fidelity.

Unlike many games on this list, Death Stranding needs an upgrade to 4K/60fps not for its instant gameplay, but for the world and story built around it. A big part of why Death Stranding works is because of undisturbed immersion, and the ability to experience its environmental storytelling in great detail – without losing any performance – is key to the experience.

So there you have it: eight PS4 games that desperately need a 4K/60fps patch to take full advantage of the PS5's hardware.

What games did we miss? What would you have included? Which game on the list would you be most excited for if a patch was announced? Let us know in the comments below!

Audio Video 8 PS4 Games That Needed An FPS Update On PS5 Yesterday
What are love crystals for in Animal Crossing: New Horizons? ❯