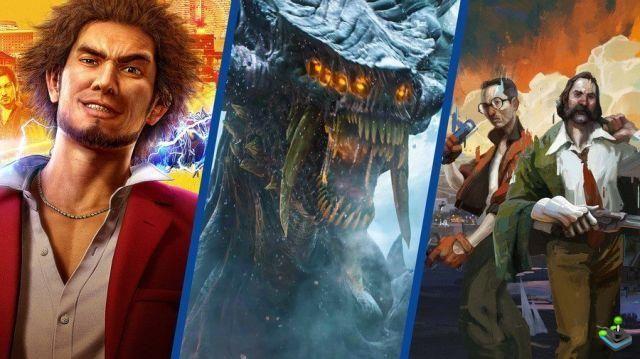 What are the best ps5 rpgs? Sony's latest console is still very young, but it's already amassed a solid little library of role-playing games. This broad genre is home to many different styles; RPGs can be open-world or very linear. They can be turn-based action or combat. They can offer complete freedom to players or be strictly story-driven. There's a lot to consider when determining the best RPGs on PS5, but in this hopefully helpful guide, we'll share our thoughts on the most powerful games on the system.

Below you'll find a list of what we think are the best RPGs on PS5. Again, however, Sony's new console is in its early stages, so this current list is by no means definitive. We'll update it accordingly as new RPGs are released on PS5, so be sure to check back.

It should also be pointed out that all the games in our Best PS4 RPGs list are playable on PS5 thanks to backwards compatibility. If you really want to expand your RPG horizons, give it a look.

Mortal Shell is clearly inspired by Souls games, but its trick is that you can inhabit different bodies, or "shells". This intriguing mechanic gives Mortal Shell both identity and edge, while making the adventure a little more accessible than the punishing offerings of its peers. With a rich atmosphere and responsive (but still deliberate) combat, Mortal Shell is a solid alternative to Souls on PS5.

Atelier Ryza 2 marks the extensive series' first foray on PS5, and it's yet another wholesome installment. Atelier games are definitely not for everyone, but if you're looking for a fairly relaxed and comfortable RPG, then this new title is worth a look. A typically fun cast of characters keeps the story engaging and there's a range of colorful environments to explore.

Immortals Fenyx Rising is essentially Ubisoft's take on The Legend of Zelda: Breath of the Wild, sprinkled in with Assassin's Creed Odyssey for good measure. It's an adventure based on Greek mythology, set in an open world filled with combat, puzzles and secrets. Like most of Ubisoft's open-world offerings, the game structure is highly formulated, but there's a cartoonish charm to the characters and storytelling. A fun excursion for players of all ages.

Outriders is a loot shooter, but it takes the role-playing genre a step further with a character story involved. However, the chaotic combat is really at the center of the experience, where crunchy weaponry combines with class-based destructive skills. Outriders is great fun at its best, and even when it's not, you can still amp up the action with a fellow player or two in co-op.

Assassin's Creed Valhalla is more RPG than any other game in Ubisoft's hit series. It follows the story of Eivor, a Viking warrior who seeks to conquer England in the late 800s. As you'd expect, there's a massive open world to explore, with merry old England divided into several different regions. Each of these lands has its own main, character-driven story arc that gives Valhalla a true sense of epic adventure. Indeed, it's a truly massive game, but if you're looking for an RPG to completely lose yourself in, this is one of your best PS5 bets.