Check out a leaked gameplay trailer for Godfall on PS5 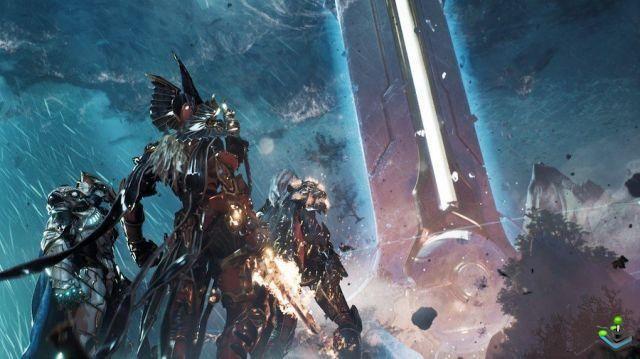 Update (21/1/20): The full Godfall PS5 trailer has now been leaked on Reddit by the same user. To reiterate, this is allegedly a gameplay trailer from early last year, for internal use only. That might mean the footage is pretty outdated, but it's still our best look at the next-gen action game. Check it out below.

Original story: We don't yet know much about Godfall, one of the only officially announced games for PlayStation 5. Described as a looter slasher, it's a melee-focused action game that seems like something like Destiny with swords. The first trailer doesn't tell us much, but a short gameplay clip has appeared on Reddit, showing the kind of swordplay we can expect.

This comes from Reddit user YeaQuarterDongIng who claims this snippet is from a video used internally in early 2019. If true, that means the footage is around a year old and therefore likely outdated. Judging from what we have, however, it looks like Godfall is going to make liberal use of flashy effects, awesome lighting, and blade-on-blade clashes. Of course, it's far too short to make any real judgments, and as we said, it's likely to be outdated to some degree.

Still, what do you think of this gameplay clip from Godfall? Will you be picking this one up with your PS5 at launch?