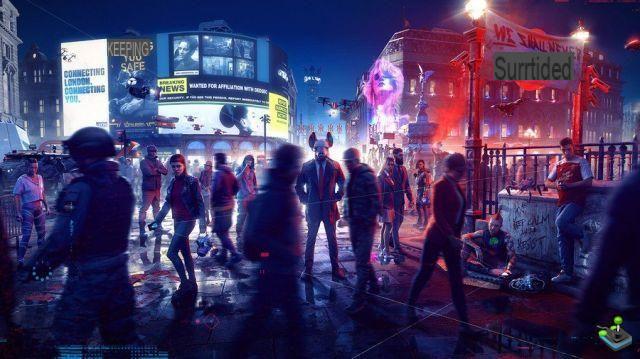 Update: Kotaku's Jason Schreier just tweeted that the two currently unannounced Ubisoft titles are indeed the next Assassin's Creed game and a new entry in the Far Cry franchise. We're sure you're shocked about this, Splinter Cell fans.

Anyone holding out hope for Splinter Cell will, once again, be disappointed. Sorry! (It's AC and Far Cry.) https://t.co/7hKDV3y5QS— Jason Schreier (@jasonschreier) February 6, 2020

Original story: French publisher Ubisoft has just wrapped up its latest earnings call, sharing details with investors on what to expect from the company going forward. Between October 2020 and March 2021, the company plans to launch five major AAA titles, three of which are expected to arrive before the end of the year. All of them will support the PlayStation 5 in one way or another.

Of the five games in question, we know for sure that Watch Dogs Legion, Gods & Monsters, and Rainbow Six: Quarantine make up three. The same number of titles should be released before the end of 2020, leaving two more to fill the gap between January and March next year. The thing is, we don't know exactly which titles will fill those slots. Given that Watch Dogs Legion and Gods & Monsters both originally had early 2020 release dates ahead of delays, we think it's safe to say that they make up two of the games launching this year. Assassin's Creed is more than likely the other, but that's just speculation for now.

As senior analyst Daniel Ahmad noted on Twitter, Ubisoft plans to support the next-gen PS5 with HD patches for its lineup of titles. The wording here is incredibly vague, so we won't base your thoughts and assumptions too much on what is said, but the statement would suggest that the publisher's games will be playable on Sony's upcoming system via backwards compatibility with a patch for improve their visuals and performance. This is instead of a native PS5 version.

We should expect to hear more from Ubisoft in May, but what do you think of all this? What games do you think the publisher is releasing this year? Make your predictions in the comments below.