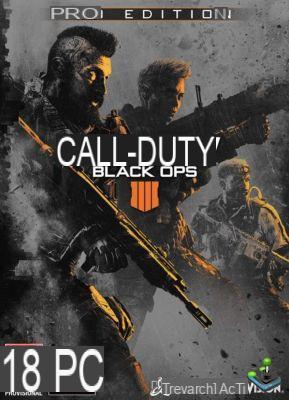 After confirming the release of its battle royale mode, Blackout, the developers announced that they had just tested it on a fairly impressive size map, which should not however be found in the final version. With the battle royale success like PLAYERUNKNOWN'S BATTLEGROUNDS or Fortnite, the most new games decided to release their own mode to ride this trend, and this is also the case for the new opus of Call of Duty which will have Blackout mode.

While we had already announced to you on May 23 that the Blackout map will be huge, Treyarch developers began experimenting with multiple sizes for this one and game director Dan Bunting revealed that they tested the mode with a map over 144 square miles which is a quite impressive total size of more than 372 square kilometers.
We have invested a lot of our development energy in the tools of the battle royale mode. The largest map we tested was 12 miles by 12 miles (about 19 kilometers by 19 kilometers), the largest space we were able to build and navigate. - Dan Bunting, Game Director Even though the maximum size has been tested by the developers, it is very unlikely that we can find such a gigantic map in the final version of Blackout mode, and fortunately for the players, because it would be very difficult to meet enemies there.

Finally, we recall that the developers have committed to providing a multiplayer experience of 60 frames per second for this new installment of the Call of Duty license, and that we should obviously not expect to encounter such large cards in the final version of the game as evidenced by, for example, the Nuketown multiplayer map that should be back.
Audio Video Call of Duty: Black Ops 4: A gigantic map tested for the Battle Royale mode!
Call of Duty: Black Ops Cold War: How to access the beta? ❯

add a comment of Call of Duty: Black Ops 4: A gigantic map tested for the Battle Royale mode!