Warzone: The best spawns to win the game

Author and references
In battle royales, the choice of spawn is an essential element to foresee the final victory. Back to the places to favor to put an option on the famous top 1. Like the many other battle royale available on the market, the map of Warzone, verdansk, is full of items to loot, whether tonight weapons or equipment, in order to strengthen and achieve final victory. Nevertheless, in order not to be eliminated prematurely or run out of ammunition during your battles, it is important to choose a point de spawn qualitative.

Map verdansk offers many places, but some are to be preferred. We have grouped together, above, a non-exhaustive list of places that are worth visiting.

Where to drop in Warzone?

As announced by Infinity Ward, in charge of publishing, and Activision, in charge of development, verdansk is composed of many points of interest (about 300), which offer players more or less important loot. If some are only good for a short stay, others, on the other hand, deserve to be landed there in order to quickly equip themselves with a formidable weapon.

Located almost in the center of the map, this place is very accessible, but also very popular. Countless weapons are laid out there, and it will be possible to take a few eliminations before playing it safe or clearing the area, according to your desires. In any case, the Atlas Superstore will allow you to equip yourself and with the number of opposing players there, the most daring will collect a lot of money, important for the rest of the game.

If when you land there you find yourself facing many enemies, many escape routes are possible thanks to the various hangars on site.

The military base is obviously a spawn to prioritize. If its name speaks for itself, the fact that it is slightly set back from other places should make it possible to clean up the area by eliminating the few opposing players there, without other teams arriving. Be on your guard anyway, as it is likely that a squad will pass by from time to time.

Another place quite far from the center of the map, Karst River Quarry will allow you to loot quickly while benefiting from the “protection” of the many buildings present on the spot. What's more, the fact that it is more or less high up could allow you to spot a few enemies to hunt for the rest of the game.

Located in the south of the map, this place will give you weapons and equipment without great difficulty, and plenty of cover for your exchanges of fire, without the risk of seeing countless teams land on either side. 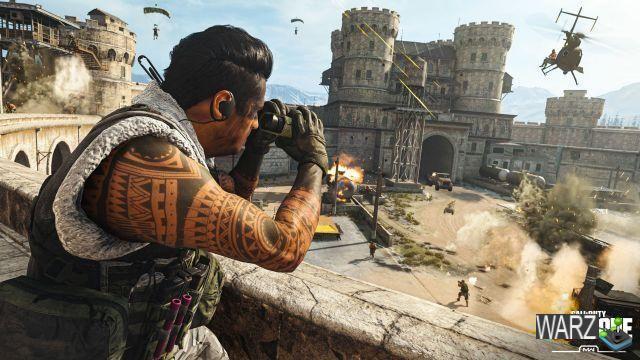 Naturally, other spawn points may be particularly interesting, and it may happen that those mentioned above are not up to your expectations. The vagaries of battle royale oblige.

What to do after landing to win the game?

Once you are ready for the rest of the hostilities, you have two options, but in any case, you will have to carefully scan the security zone. You can anticipate the area's next location and take a spot so you have an advantage over other players, or move forward with it being sure no player is behind you.

You can also continue to loot to try to improve your stuff, without forgetting to participate in contracts to recover certain advantages. Also, don't be too fearful, since the developers wanted to innovate by offering a chance for eliminated players to return to the game with the Gulag.

You can find all the places and an overview of the map at this address.

Call of Duty: War zone is, as a reminder, available on PC, PS4 and Xbox One in free-to-play.
Audio Video Warzone: The best spawns to win the game
Warzone: Vanguard Royale mode, what are the rules? ❯

Call of Duty: Black Ops 4: How to unlock and collect Reaper?

Call of Duty: Vanguard: Details of the different editions and pre-orders

add a comment of Warzone: The best spawns to win the game