Call of Duty: Black Ops Cold War: How to level up quickly?

How to level up quickly in Call of Duty: Black Ops Cold War?

The best game modes to level up fast

To begin, you must favor the modes that bring in the most XP and not those where you just have to kill your enemies. For this, there are a few profitable modes like Domination and Strategic Point which will allow you to get maximum experience. Additionally, you can try a Search and destroy, however, you should not just play the objectives, but also kill as many enemies as possible to maximize your chances of getting the most XP.

In addition to these classic modes, there is also Strike Team: Dirty Bomb, where the objective in this one is to collect, transport and deposit uranium in various active Dirty Bombs. Of course, you will have to kill your enemies, and you can help yourself with these explosives.

If you want to recover as much XP as possible, you absolutely must not leave your current game, because this will give you a game bonus at the end of the game and it also allows you to validate certain challenges, even if your team loses the match.

In order to maximize your chances ofget maximum XP in standard modes like MME, try to kill your opponents one after another, which will create a series. The more players you kill, the bigger your streak XP bonus will be. You will indeed get a bonus of 500 XP each time you continue a series, then 2000 XP when you reach 15, 20, 25 kills.

Small significant detail, the various medals that you will obtain during your games also bring back some XP points. 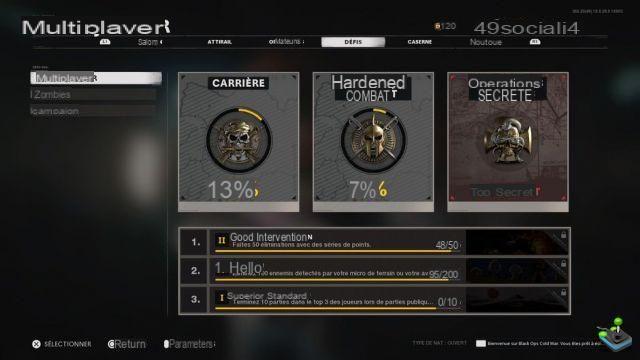 add a comment of Call of Duty: Black Ops Cold War: How to level up quickly?