Cyberpunk 2077: DLC and updates postponed to 2022, don't expect anything more this year

Author and references
Reports at CD Projekt RED in recent months are countless. After having briefly communicated on the next-gen update, now scheduled for the beginning of the year 2022, it is the turn of the rest to see their release being delayed. The Polish studio has actually just updated its roadmap, which unfortunately surprised players little. From now on, all additional and upcoming content will arrive during 2022.

This therefore includes the next-gen update, intended for the PS5 and Xbox Series, but also the various updates aimed at correcting the few remaining problems, or improving the experience and optimization. Of course, the DLCs, the first of which, cosmetic only, have been released, will not be deployed until next year. No reason was given for these postponements, the studio having simply contented itself with updating its shared roadmap at the beginning of the year. 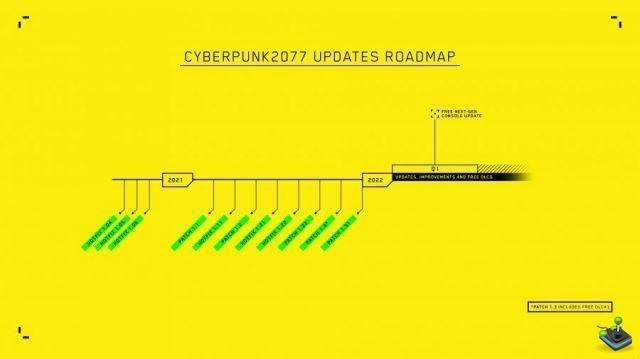 We recall that cyberpunk 2077, which remains a great success despite everything, remains available on PC, PlayStation and Xbox One since December 10, 2020. If you still do not have it, you can get it at a lower cost thanks to our partner Instant Gaming who offers it to you on :

add a comment of Cyberpunk 2077: DLC and updates postponed to 2022, don't expect anything more this year