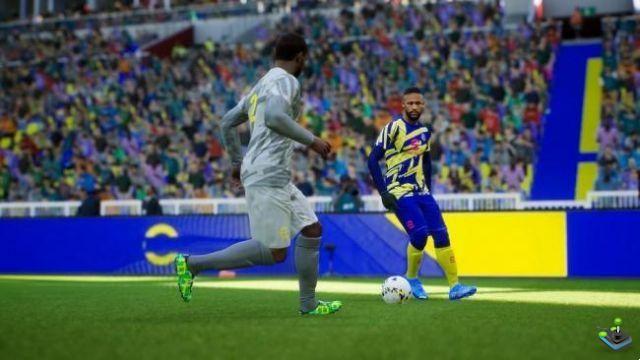 Since the announcement of the revival of PES, which has become eFootball and which adopts a free-to-play economic model, we are all waiting for more information, since Konami has indicated that some things will be chargeable. In this back-to-school period, the Japanese studio has just given us some details, allowing us to know a little more.

Thus, the first draft is similar to a demo, as we expected. Do not expect to be able to enjoy the full experience, only offline matches with a limited choice of teams (FC Barcelona, ​​FC Bayern Munich, Juventus, Manchester United, Arsenal FC, SC Corinthians Paulista, CR Flamengo, CA River Plate, São Paulo FC). It will also be possible to face a friend, or to play cross-play online on PlayStation and Xbox (with rewards at stake).

For the rest, we will have to wait a little longer, until the release of the eFootball 2022's first major update, which will introduce several game modes, including:  It will arrive at the same time as the mobile version, during the fall. If we know that Creative Teams will be free, nothing has been specified for the rest. Note that a Match Pass, similar to a battle pass, will be introduced, with a free and premium version.

Subsequently, updates will be implemented for long-term monitoring. Regarding the name, Konami clarified that the name of the platform was eFootball, but that the first season of content was called eFootball 2022, to match the current football season.