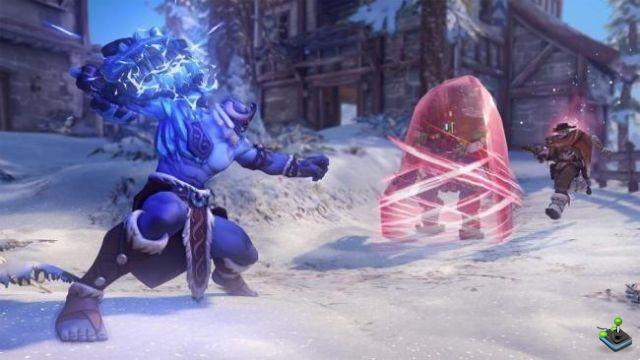 Overwatch 2 recently hosted a new event. In connection with the end-of-year celebrations, this one is named "Winter Wonderland" and proposes various special game modes (limited time) as well as Rewards.

The Winter Wonderland event is already available on Overwatch 2 and ends the 4 next January. Thus, for a few days, players can discover different game modes, including "Freeze Elimination", "Yeti Hunt", "Snowball Deathmatch", and "Operation Snowball", some of the details of which are as follows:
Obviously, who says new event says new challenges. By completing them, players will get various awards : weapon charms, profile icons, tags and many more. In this regard, note that everyone who logged into the game between December 20 and January 4 will receive a festive Crown weapon lucky charm and the 2023 profile icon.

In addition, Twitch drops are scheduled from December 25 to January 4 and allow you to claim the Garlands D.Va celebration as well as the legendary skin D.Va in sleigh. Not to mention the fact that the store offers, during this event, several promotions.

Overwatch 2 is available for free on PC, PS4, PS5, Xbox One, Xbox Series, and Nintendo Switch. Our opinion on the game is available If you start on the title of Blizzard, know that we have concocted a third list of the best characters.
Fortnite Shop June 13, 2022 ❯

add a comment of Overwatch 2: The Winter Wonderland 2022 event has started