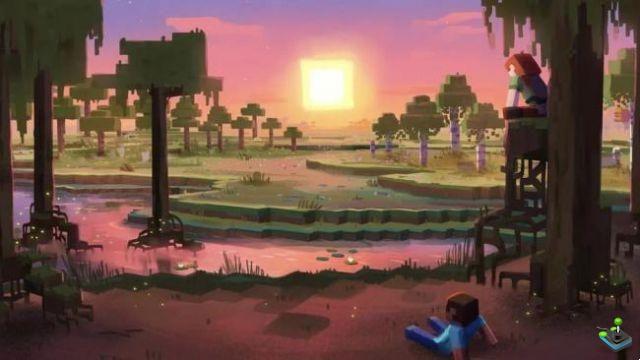 Even though the second part of Caves and Cliffs, version 1.18 of Minecraft, is not yet released, but which should arrive in a few weeks, something which was reiterated by the developers on the occasion of Minecraft Live 2021, Mojang Studios, in charge of the development, obviously took advantage of the event to tell us a little more about the future of his game. So, somewhere in 2022 (no window has been indicated), we will discover the Wild Update, which will therefore correspond to version 1.19 of Minecraft.

Among the novelties to be expected, Mojang promises us a new way to play, more fun things and a "deeper" world. If the mangrove swamps will settle a little more in this world, the players will be delighted to see that one of their requests will finally see the light of day: boats will be able to have chests. We also learn that the frogs will make their arrival. However, bad news was also announced, since the Depp Darker biome will not arrive at the end of the year, but through the Wild Update. The developers explain themselves by considering that the experience still needs a little time before being perfectly playable.

As for Caves and Cliffs Part XNUMX, Mojang says the peaks will be even higher, but the depths will be deeper, increasing the possibilities and especially the exploration. According to the developers, if you load a save, after the update has been done, normally ungenerated caves will be present. We should find out all this by the end of the year.

As for the Wild Update, no release date was given. However, while we'll find out more over the next few months, Mojang tends to release major updates in early summer. June or July 2022 could therefore be targeted.

add a comment of Minecraft: Version 1.19, named Wild Update, will arrive in 2022