Saint Seiya Awakening: Knights of the Zodiac Android is certainly an interesting title. At first glance, the game strikes a well-established balance between hero collector, RPG, and action, but its graphics, models, and anime flavor command attention. The game is already critically acclaimed, while the source material has been enjoying its own success for quite a while now.

Saint Seiya: Knights of the Zodiac is a Japanese manga series, originally set in the 80s and 90s, and the old school allure is certainly present in the game as well. The manga is illustrated by Masami Kurumada, the famous artist who worked on other titles like Ring ni Kakero, which dates back to the 70s. So a lot of old school emotions and expressions are present in this game, especially for old school fans of the source material.

The list of video game adaptations of Saint Seiya also starts in the 80s, with Game Boy and Famicom titles, while the first PC version arrived in 2002. The last installment was released in 2015, titled Soldiers' Soul, released in 2015. The franchise debuted on mobile devices in 2014, on iOS and only in Japan. Awakening was released in 2017.

First of all, the game's hero pool contains all the original characters, fairly faithfully represented. This gives the game the flavor of a playable anime. However, there's a lot more to it than characters and battles, as the gameplay features a wide variety of mods, like quizzes and more. 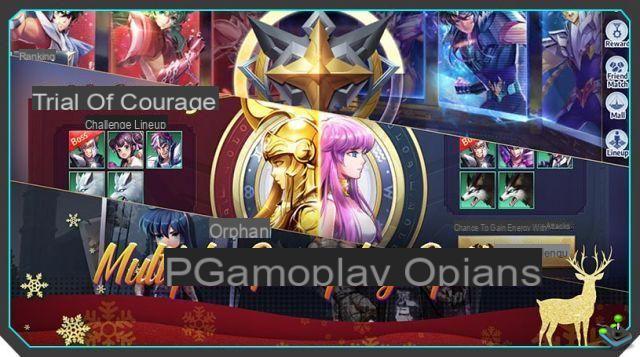 The combat itself takes place in a familiar turn-based environment, but the teams are a bit larger than usual, with a standard setup containing 5 characters on a single team, so 5v5 is the usual thing.

The animations and models are spot on and the combat gameplay feels and looks quite good. The strategy aspect is pretty well balanced and comprehensive, while there are plenty of flashy animations and effects in play, such as how the controls are deployed for each separate character in battle.

Saint Seiya Awakening: Knights of the Zodiac mobile game is currently only available for Android. Youzy (Singapore) PTE.LTD has not shared any plans for the iOS version so far, but this version is doing quite well. On Google Play, the game got 4,2 stars so far out of more than 100 votes and it's growing in popularity, which means more content is not far off, most likely.

add a comment of Saint Seiya Awakening: Knights of the Zodiac Worldwide Release Is Here