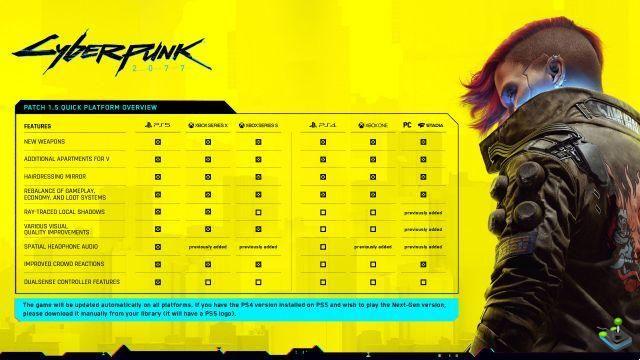 cyberpunk 2077 lives a very beautiful love story with reports. After having postponed its release on numerous occasions, its DLCs and even patches, it is now the next-gen update that is suffering this delay. Expected for this second half of the year 2021 since a roadmap established a few weeks after the release of the title, we will have to wait a little longer.

CD Projekt RED has indeed announced, in a short publication, that the company now has a launch target for "the first quarter of 2022", without further details. Let's hope it's more the beginning of the first quarter, which means January, than the end, in which case the wait is still long. Many players are waiting for this update to finally get their hands on cyberpunk 2077 and avoid the few problems that may still be present on the current version. Above all, they would like to take advantage of the quality of the graphics which had been promised before the launch of the title, in December 2020.

This additional time will allow the developers to improve the experience even more, so that the community does not suffer from any problems, during its deployment. The next-gen update will be detailed in the coming weeks, once CD Projekt RED is ready to tell us more about its precise improvements.

cyberpunk 2077 remains available on PC, PlayStation and Xbox One since December 10, 2020. If you still do not have it, you can get it at a lower cost thanks to our partner Instant Gaming who offers it to you on: