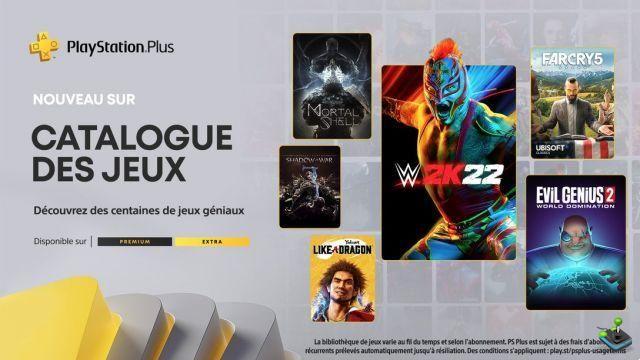 As usual, on the last Wednesday of each month, PlayStation announces the next selection of games available to players with an active PlayStation Plus (PS Plus) subscription. As a result, on Wednesday November 30, the firm has just unveiled the titles that will be offered for free to all PS Plus subscribers in December 2022, in particular via a publication on the official Twitter account of PlayStation.


Mass Effect Legendary Edition will thus be available for free, depending on its PS4 version, as part of the games PS Plus of the month for December 2022.

Considered an RPG, whose events take place in a post-apocalyptic world, Biomutant was released in May 2021 on PS4, Xbox One and PC. Developed by Experiment 101 and published by THQ Nordic, the title arrived in September this year, on PS5 and Xbox Series. Biomutant invites us to embody a character who has to save the Tree of Life. Thus, we have to face many creatures, while shaping the combat style of the protagonist.


Biomutant will thus be available for free, depending on its PS4 and PS5 version, as part of the PS Plus games of the month for December 2022.

Divine Knockout (also known as "DKO"), developed by Red Beard Games and published by Hi-Red Studios, is a multiplayer title, mixing fighting game and platform game mechanics, and is in third person view. . The software offers a varied roster of playable characters and arenas.


Divine Knockout will thus be available for free, depending on its PS4 and PS5 version, as part of the games PS Plus of the month for December 2022.
Boutique Fortnite 8 avril 2022 ❯

add a comment of PS Plus December 2022: Free games revealed