Author and references
As GTA Online continues to be powered by players, through a few small weekly updates and, from time to time, major additions, those who are on the multiplayer of Red Dead Redemption 2 remain unsatisfied. Indeed, it's been a while since Rockstar gave them a worthy update, sometimes skipping weekly updates, resulting in community dissatisfaction. As in previous months, Rockstar Revealed June Bonuses, without any additions.

This month of June will notably allow you to start selling alcohol, with discounts on the clandestine distillery and on the bar, while the following bonuses are applied:
If you want a little more action, you can head to Blood Money Contracts, granting double rewards (gold, DRO$ and XP). On the side of the missions in exploration mode, it will be possible to win rewards bringing in 50% more. Naturally, various outfits and accessories can be obtained for free according to the schedule below: 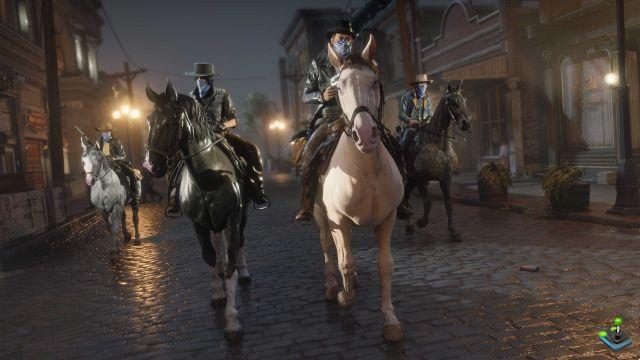 Finally, carnage in the featured series will be rewarded each week with more or less interesting bonuses:
Hopefully July will be a bit bigger with a few additions, though that seems unlikely given Rockstar's silence on Red Dead Redemption 2's multiplayer.
FM 2022: Nuggets and best young rights defenders (DD) ❯