The Lord of the Rings: Gollum clarifies its connection to the books and confirms its release for 2022 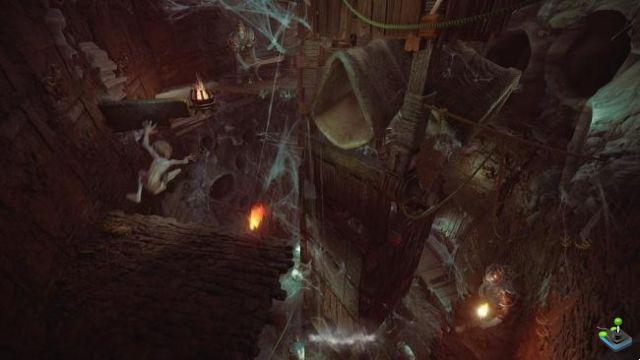 Announced over three years ago, The Lord of the Rings: Gollum is still not available, although it is quite expected by fans of the universe created by JRR Tolkien. Postponed several times, it is now scheduled for this year 2022, without additional details. In order to enlighten the community on this new production, a FAQ has been published on its Steam page, allowing us to learn a little more.

Thus, initially, it is the link with the books and the history that we know that is addressed. Daedalic clarifies that the story "largely takes place in parallel with the first chapters" of the book, between "Gollum's stay in Mordor, his capture by Sauron and his interrogation by Gandalf". The development studio further explains that, despite the lack of information, there was enough to "provide a great overview and time frame for the setting." Daedalic therefore confirms, if necessary, that the game is canon, that is to say that it is an official adaptation, coming to extend the universe without inconsistency.

Secondly, the studio explains its choice to highlight Gollum. This was simply done because he is a "fascinating" character, especially with his two personalities., allowing, in this adventure, to offer different possibilities to players with moral choices.

Finally, regarding its release, the developers did not want to advance on the subject, since they will tell us more when they are ready, but The Lord of the Rings: Gollum is currently scheduled to release this fall 2022, on PC, PS4, PS5, Xbox One, Series and Nintendo Switch. As a reminder, the title was shown at the Game Awards, with a new trailer.

add a comment of The Lord of the Rings: Gollum clarifies its connection to the books and confirms its release for 2022