VALORANT announces Agent balances for 2022, and teases a Filipino Agent

Author and references
VALUE has just concluded its first full year, with ups and downs. Riot returned to this one, in particular with the Agents, who were less numerous than expected to make their arrival in the FPS. But the studio remains proud of what new faces have brought, such as Astra or Chamber, offering new possibilities, while Yoru will be completely overhauled at the start of the year.

Speaking of 2022, the developers want to return to a more regular rhythm of balancing, so that problems are dealt with more quickly and thus allow fairer gameplay, without a character who is too strong, or not strong enough for that matter, do it. stay too long. As a result, the whole year 2022 " will focus more on agent balancing,” especially the first half, where “all agents will be updated.” Very good news, since some could very well come out of the closet...

As for the next Agent to be integrated into VALUE, the first teaser has just taken place. We don't have a name, but clues. This is a Filipino character, as indicated by the phrase “Mga kaibigan ko”, which means “My friends”. It appears to be an Agent with electrical abilities and being quite fast.
The agent who will take his first steps next year can lose any of his colleagues, electrify the fans and land in the battle on a beautiful controlled skid. Finally, we have the right to a small image, of his feet. 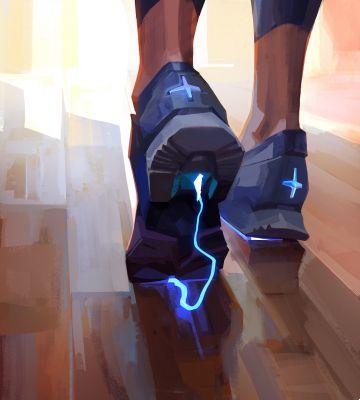 See you in 2022 on VALUE to discover this new Agent, but also the different balances that will be made to those already available. In the meantime, we remind you that you can find the tier list here.
Fortnite Shop July 17, 2022 ❯

add a comment of VALORANT announces Agent balances for 2022, and teases a Filipino Agent