Author and references
Call of Duty: Warzone, developed by Infinity Ward and published by Activision, was officially announced via a fast-paced and explosive trailer, and features a gigantic map on which 150 players will have to battle to claim victory final. Warzone tries to stand out from the competition by offering a carte much more interesting for players than those available on titles of the same genre such as PUBG, Fortnite, H1Z1 or Apex Legends. After having tried the experiment with Blackout, without much success, Activision is relaunching, once again, in the adventure of battle royale by modifying some important aspects that made the success of the genre.

Indeed, the action of Warzone will take place at verdansk, a vast city composed of several zones, offering different types of environment, clearly named with more than 300 points of interest, which will allow players to constantly renew their gaming experience, even if some of them will be much more interesting in terms of weapons and equipment, but also definitely more dangerous.

With so many points of interest, Activision and Infinity Ward had to allow many more players to fight within this immense carte. This is why the usual standard set at 100 players has been greatly increased by the American studios, bringing it now to 150. And in order to attract as many people as possible, the game is available for free on PC, PlayStation 4 and Xbox One .

Below is an overview of the warzone map as well as the name of the many points of interest present there. 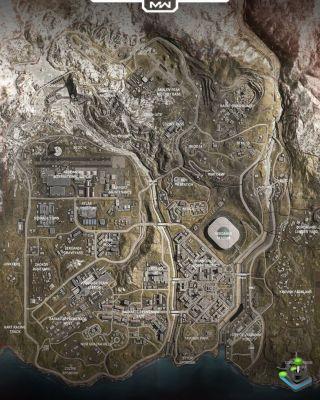 add a comment of Warzone: Verdansk Map, Information and Details