Warzone: When is the Caldera map coming out?

Author and references
Call of Duty: Warzone players will very quickly be able to benefit from a new map, located in the heart of the Pacific. Named Caldera, this is a new map making the link with Vanguard. Almost two years after the release of Warzone, Activision could not be more delighted with the result, since the community weighs more than 100 million unique players. The fact that Raven Software very often brings new features obviously has something to do with it, and the arrival of the new card, to make the connection with Call of Duty: Vanguard, should rekindle the flame in the hearts of some players. This is always an important event, regardless of the game.

When is Caldera, the new Warzone map coming out?

Activision gave us an answer very quickly, since the revival of Warzone will be available at the same time as season 1 of Call of Duty: Vanguard, which arrives more or less a month after the game's release. land Caldera, name of the new Warzone map, December 9, 2021 (the 8 for those who bought Vanguard). Initially, we should have enjoyed it on 3, but Activision has chosen to postpone its season 1 for a few days. Unlike Verdansk, this is an island, but the playable space will be substantially similar to the historical map of the battle royale.

Moreover, and even if many secrets are kept for D-Day, an overview of the new map is available, even allowing to have the name of several points of interest. According to the various inscriptions that we can read there, it is an island that served as a military camp, thus suggesting that many references will be made there. 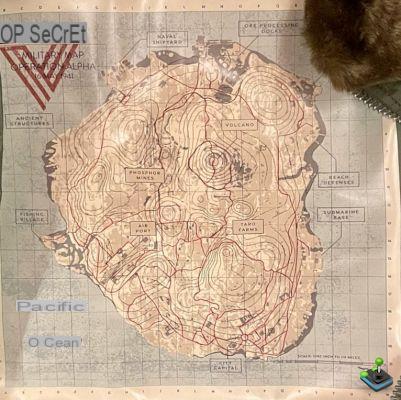 The map will also receive important updates during the year 2022. It may also change along the way, depending on the path that will be taken by the developers.

For its part, Rebirth Island should normally be part of the playlist, so that Warzone players can enjoy a smaller map, with original game modes.

As for Verdansk, a special event will be launched on November 18, allowing the most nostalgic among us to relive certain moments of the map. Full details of the event will be revealed when it kicks off.

Call of Duty: Black Ops 4: How to unlock and collect Reaper?

Call of Duty: Vanguard: Details of the different editions and pre-orders

add a comment of Warzone: When is the Caldera map coming out?