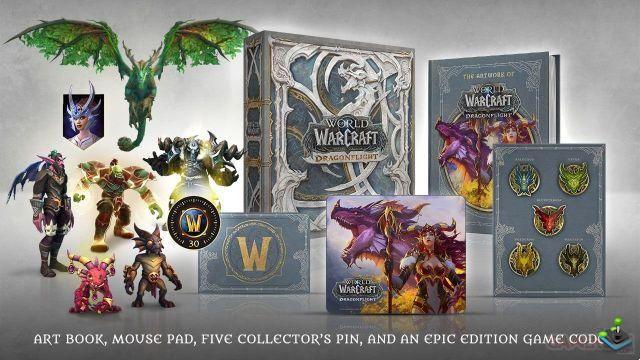 In mid-April, and after long months of waiting, players were able to discover Dragonflight, the new extension of World of Warcraft, which had also leaked a few days earlier. However, no release date was shared following the presentation, which puzzled some of the players, who expected to know when they could discover all this for themselves.

If we still don't have a release date, Blizzard confirmed in a press release that it was scheduled for 2022.. We will be able to discover Dragonflight “later in the year”, which suggests that the launch could take place rather at the time of the start of the school year, in September, than at the very end. We will have more precision very quickly assures the studio.

En parallèle, Blizzard says Dragonflight can now be pre-ordered through its various editions. Three editions are offered, the basic, the Heroic with different bonuses, a special mount and a pet, and the Epic, also offering transmogrifications and other bonuses. The latter is also available in physical version. You can find all the details of pre-orders and bonuses on the official website.


Pre-purchase the Dragonflight Epic Edition and get instant access to:

— World of Warcraft (@Warcraft) June 21, 2022 As a reminder, Dragonflight will add a multitude of things, such as dragon flights, dracthyr evokers, a playable race and class, and new game areas. As always, Blizzard will organize a beta before the release of this extension, so that it will be ready at launch, which is always an event for World of Warcraft players.
Rocket League Store December 18, 2022 ❯