Xbox & Bethesda Games Showcase 2022: When and how to watch the conference live? 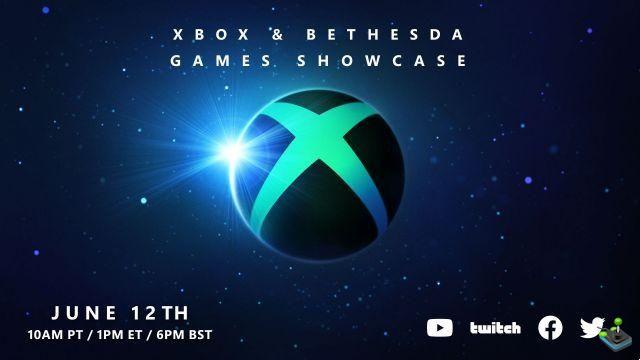 Although E3 2022 has unfortunately been canceled, several development studios and publishers are hosting their own conference. This is particularly the case with Microsoft, which recently announced the Xbox & Bethesda Games Showcase 2022 event. Thus, we have concocted a summary of the date, time of the conference broadcast and we tell you how to watch the Xbox & Bethesda Games Showcase 2022 event.

While we don't yet know the precise content of this conference, the official website indicates: "The event will focus on titles from Xbox Game Studios, Bethesda and several creator partners around the world". Therefore, we can expect new information about Starfield. It could also be that the new opus Fable et Hellblade 2 reveal themselves more. A large number of players are also waiting for new details about The Elder Scrolls VI. The program could also hold some surprises.

Obviously, we will not fail to keep you informed if more information is available, before the event, and we will be there to share with you the news revealed during the said conference.

How to watch the Xbox & Bethesda Games Showcase

If you want to follow the conference Xbox & Bethesda Games Showcase, know that the event will be broadcast on several communication channels. Among them, we can of course count on traditional platforms YouTube and Twitch. The conference will be broadcast live on the Xbox account of these platforms:
In addition, Microsoft will most likely share information about its Facebook and Tik-Tok account. Let's meet, then June 12 at 19 p.m., and maybe a few days before, with teasers, to see what Microsoft has in store for us.
gamescom 2022: When and how to watch Opening Night Live? ❯

add a comment of Xbox & Bethesda Games Showcase 2022: When and how to watch the conference live?