Call of Duty: Vanguard: How to gain more EXP and level up quickly? 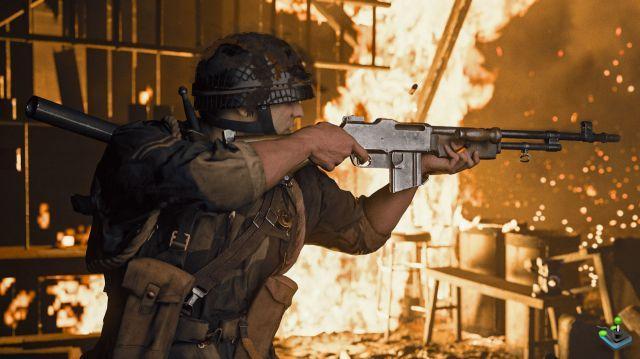 Earning XP in Call of Duty: Vanguard is very important to access certain things. That's why we're giving you some tips on how to quickly gain levels and EXP. As with every episode, Call of Duty: Vanguard players will overwhelmingly favor Multiplayer and Zombies mode, which are more supported by developers. The latter can also gain levels by progressing, to show their experience to other players on the battlefield and show that you are far from being a novice.

Si EXP in Call of Duty: Vanguard is won naturally over the course of the games, there are a few ways to force fate and win even more and thus maximize your progress.

Gain EXP and levels easily in Call of Duty: Vanguard

Leveling up can be useful for those who want quick access to all content in Vanguard, since you will unlock, at certain levels, exclusive elements, allowing you to customize your class or character. You have several ways to do this, of which here is an overview, to give you some ideas if you do not know how to go about it.

Via Operators and Weapons

By progressing with the operators, at certain levels, you will be entitled to a significant EXP bonus. But probably the most interesting thing is to use the favorite weapon of the operator you play with, since the EXP is doubled in this case.

On the weapon side, you will have certain challenges to achieve, thus allowing you to easily gain levels, especially since each weapon has challenges, it is possible to farm EXP, provided you are doing well with any weapon. You can also unlock special camos, like every year.

Whether in the Zombies or Multiplayer world, you will always have some challenges to complete. Do not leave them aside and try to validate them as soon as possible, since the amount of EXP offered is quite substantial. Of course, the experience gained in the Zombies world is automatically transferred to Multiplayer.

Finally, playing the objective is also a very good way to maximize your EXP gain. Whether it's kills in Deathmatch or focusing on the main objective in Domination will allow you to gain more XP than playing alone on his side.

add a comment of Call of Duty: Vanguard: How to gain more EXP and level up quickly?