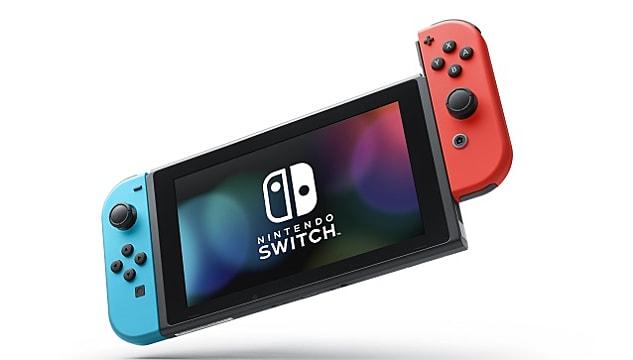 Black Friday is upon us again, and there are quite a few Nintendo Switch sales and deals to be had. Some offers are live now, while others will go live from November 21. Some could arrive even later in the month (you know: when Black Friday is supposed to start).

A number of the biggest retailers, from Amazon to Gamestop to Target, are getting in on the action, of course. Here are the best deals we know of so far. Use the links below to access each retailer's section.

The Big N itself will be offering sales and deals starting Nov. 21. These include discounts on a wide range of first-party titles, as well as a Nintendo Switch bundle.

A recent preview of these deals confirms that Nintendo will be offering a Switch bundle for $299, which includes a base Nintendo Switch (not the OLED variety), Mario Kart 8 Deluxe, and 3 months of Nintendo Switch Online.

This bundling of consoles isn't really new; a GameStop Black Friday 2020 ad features it front and center. At this time, it is unknown if it will appear at other retailers or if it will be exclusive to Nintendo. Either way, it's not something to pass up for those in the market for a one-flight Switch.

In addition to this bundle, a number of big-name games will also be on sale from Nintendo itself for $39,99, including:

Mario Kart Live will drop to $59,99 and Ring Fit Adventure to $54,99. It doesn't appear that some games, such as Metroid Dread and Mario Party Superstars, have discounts. These sales will be available until November 27, according to Nintendo, and when they appear, they can be found here.

Okay, so this is technically a Buy 2 Get 1 on a wide range of video games on Amazon, including PlayStation 4 and PS5, as well as Xbox One and Series X. But perhaps the biggest news is- be that some Nintendo Switch games are also included.

Head over to Amazon and review the qualified games. To take advantage of the deal and take advantage of the offer, Amazon says you'll need to add three items to your cart and savings "will be automatically applied at checkout, if eligible." It seems that not all games are up for grabs, but a few are.

The best part is that this is a mix-and-match deal; this applies not only to games for other systems, but also to movies, music, books, etc.

Here are some highlights for Switch:

Although it doesn't specifically mention Black Friday, Target also offers a free Buy 2 Get 1 offer for video games. And since it's November, we're including it here. An advertising analysis mentions that these offers are valid until November 13, so act quickly.

Also, just like Amazon, this is a Buy 2 Get 1 Mix-and-match sale, including all platforms for games, movies, books, and more. Here are some highlights:

It should be noted that Target's selection is much smaller than Amazon's currently. Either way, you can check out what's on offer by heading over to Target's BOGO Switch page. We'll update this page with more Target deals as they appear throughout the month.

It doesn't look like GameStop has released its Black Friday announcement yet, so we're not sure exactly what's up for grabs or at what prizes just yet (if you've seen it and it exists, leave a comment here). below, and we will update this article).

Regardless, some Nintendo Switch games are currently on sale at the retailer, including:

In total, there are around 12 full pages of sales, although some games that come back for the query don't appear to be on sale, so you'll need to do some minimal sifting. Go here to check it out.

Best Buy has been offering Black Friday deals since mid-October, but it doesn't look like the retailer is in full-fledged holiday sale mode yet. There are only a handful of video game deals available on their website as of this writing, and their Black Friday ad has yet to appear.

There are no Switch-specific offers and frankly, not much to note.

Walmart is another retailer that hasn't shared all of its plans for Black Friday 2021 video games, which is slightly odd considering the retailer's announcement is already out. Either way, Wal-Mart will be hosting an Early Access Black Friday sale for Walmart+ members starting Nov. 10 at 15 p.m. EST. Early Access is not available for Walmart+ trial members.

It's really unclear what to expect, although it's safe to assume that some Switch games will be on sale.

These are the Black Friday and pre-Black Friday Nintendo Switch deals and sales available right now. Bookmark this page as we will be updating it throughout the month. Stay tuned.

Audio Video Black Friday Sales and Deals on Nintendo Switch 2021
Poll: What do you think of the PS5 logo? ❯