Mario literally wears many hats in Super Mario 64, including the metal cap. Like the Wing Cap, it can be a little tricky to find, but it's the key to catching some stars. As with the original 64 from 1996, having the Metal Cap makes it much easier to navigate certain hazards in the 3D All-Stars version of the game.

Here's how to get the Metal Cap fast in Super Mario 64 and where you need it to get extra stars.

Get the Metal Cap in Hazy Maze Cave 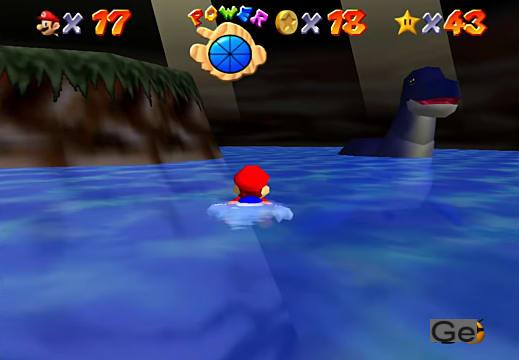 You will need to progress a bit in Mario 64 before you can get the Metal Cap. He can be found in a sub-stage in Hazy Maze Cave, the game's sixth level, but you can't get there until you face Bowser for the first time in "Bowser in the Dark World".

How to get to "Bowser in the Dark World"

To do this, collect at least eight stars, head to the large stargate in the castle's mezzanine area, and drop the hatch in the hallway with the Peach/Bowser painting.

Deal with Bowser, then head to the basement of the castle. The Liquid Metal Pool is your portal to Hazy Maze Cave.

Navigate Hazy Maze Cave to get the Metal Cap

Once there, go left. Long jump (run + crouch + jump) over the gap, and follow the path to the underground lake.

Swim to Dorrie and ignore the star on the island for now. Jump on Dorrie and face the ledge with a door. A friendly beast will transport you.

Enter, overcome the obstacles and descend into another metal pool. This brings you to the Metal Cap Cavern.

Fight your way to the end of the cave and activate the green! switch. If you get caught in the current, it sends you back past Peach's Castle, so don't do that.

Now go back to where the transparent green block was when you first landed in the Metal Cap Cavern. Hit it to grab the metal cap, then collect all eight red coins for a star.

Like the Wing Cap, the Metal Cap only lasts 60 seconds, but you can refresh it or get a new one by hitting another green block.

After the Cavern of the Metal Cap, there is only one place where you absolutely need the Metal Cap to acquire a star, although there are a few where having it makes life easier.

The only one needed is Dire, Dire Docks for the “Through The Jet Stream” star. Once you've swum through the rings and activated the star, you must spin the metal to resist the jet and acquire the star.

The metal cap makes it easier to deal with miasma in Hazy Maze Cave's "Navigate the Toxic Maze" because you don't take poison damage while in metal.

Metal is also useful for managing the underwater parts of Wet-Dry World where you raise and lower water levels, although you don't need it for a specific star.